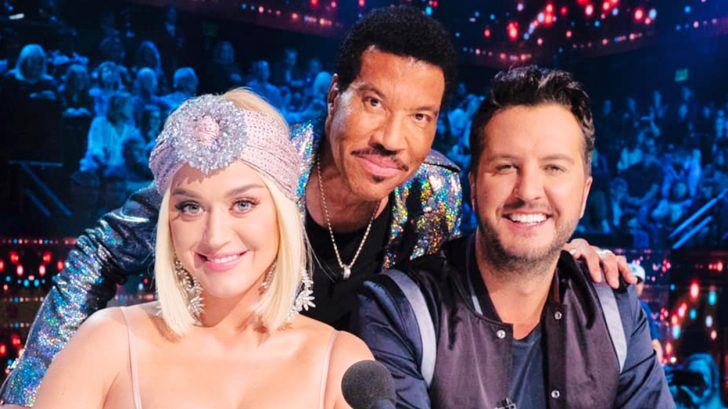 We’re singing with excitement! #AmericanIdol is coming back for a third season on ABC! 🎉🎤 pic.twitter.com/cClYDcfNU0

Bobby Bones, who has served as a mentor this entire season, and chose a song for each of the Top 5 to perform Sunday night, replied to the tweet with three hand clapping emojis.

Variety reported that the judging panel isn’t set for next season, which could be the reason why Katy Perry, Lionel Richie, and even host Ryan Seacrest haven’t said a peep. ABC rebooted Idol last year, with the intention for it to be a long-term network franchise, but they need costs to come down. Perry made headlines last year for raking in $25 million per season.

They also report that Seacrest is most likely under a long-term deal with ABC, seeing as his Emmy Award-winning daytime talkshow Live With Kelly & Ryan is on the same network. TVLine has learned that the network has made offers to all three judges to return, but no deals have been made yet.

Luke Bryan hasn’t said anything on social media, but according to Taste of Country, he has high hopes of returning to the judging table.

He said, “Love that a third season is on the way. All things feel positive that me and Lionel and Katy will be back. We’re doing the business of the business.”

Bryan also revealed he wants to negotiate his salary.

“I always like to find out what Blake [Shelton] is making on The Voice and just do it $1 more than him,” he joked.

The “Knockin’ Boots” singer will get his chance to ask him in person soon, seeing as they’re playing a show together in Tishomingo, Oklahoma on Memorial Day Weekend.

🚨🚨🚨 Tickets are ON SALE NOW for @LukeBryanOnline at The Doghouse at Ole Red's Grand Opening concert on Thursday, May 23!https://t.co/oDdldmKWCg

Would you want all three judges to come back next season? Let us know!