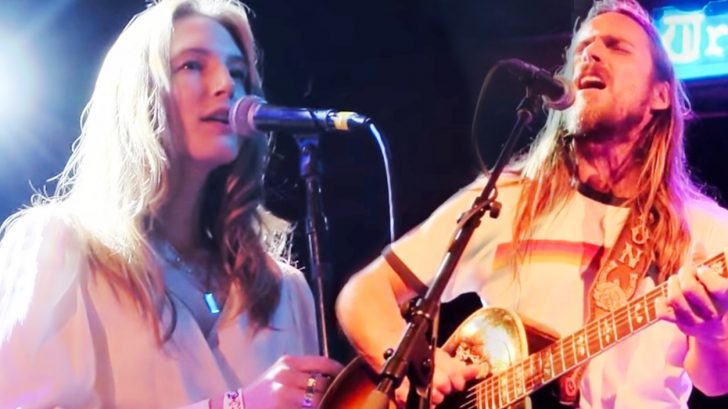 One of the most-talked-about movies of 2018 and 2019 was the Bradley Cooper-helmed A Star Is Born, which he starred alongside pop star Lady Gaga.

This might be the fifth take on A Star Is Born, but it is certainly original on its own, with a soundtrack of brand-new songs, the majority of them co-written by Lady Gaga, Bradley Cooper, and Lukas Nelson, son of country legend Willie Nelson.

In an Instagram video posted back in September 2018, Lukas was trying to get to the Toronto Film Festival, but his plane was grounded. He decided to take the time to do some press of his own since he couldn’t promote the film in Toronto, saying, “I wrote a bunch of music for [A Star Is Born] with Bradley Cooper and Lady Gaga, and produced a lot of it, and worked a lot on this movie, it’s going to be great, I’m really excited.”

Sunday morning and I’m supposed to be heading to #Toronto right now to do press for the @starisbornmovie premiere – but the plane is broken so I’m stuck waiting in the terminal. Missing a bunch of great stuff that was scheduled, bummer but rolling with it! #astarisborn

Nelson has been very vocal on social media about his involvement in the film and how honored he was to be in it. He and his band Promise of the Real actually played Cooper’s character Jackson Maine’s band. You can see Lukas in this clip from the film, performing the song “Black Eyes,” which Bradley and Lukas wrote together.

While all the music is incredible, the stand-out song from the film is titled “Shallow.” It won several awards including a Critics Choice Award, a Grammy, as well as the Academy Award for Best Original Song. Gaga and Cooper’s intimate performance of the song at the Academy Awards went viral, garnering them a never-before-seen two standing ovations from the audience.

“Shallow” has resonated deeply with so many people, and lots of artists from all genres – professional or not – have recorded their own versions of the song, including Lukas Nelson himself. While he did not write this song, he was incredibly close to all the people who did and came up with the opening guitar lick.

While performing at West Hollywood, California venue The Troubadour, Lukas invited a mystery guest to join him in singing the award-winning song during his set.

“This is Hunter Elizabeth, she’s a fantastic artist here in LA,” he said to the crowd. “If anybody can sing Lady Gaga’s part, she can.”

After he sang the first lyric, the audience cheered, some in awe of how incredible his voice sounded on the song! Hunter proved that Lukas’ comment about her was true, completely owning Lady Gaga’s parts. Lukas harmonized a bit more than Cooper does on the original, and it really elevated the song, making it much more powerful.