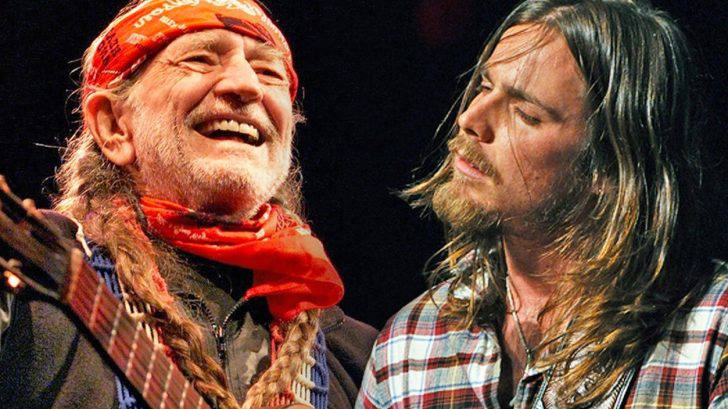 While staying at a friend’s cabin, Lukas Nelson, son of legendary musician Willie Nelson, spontaneously began playing the piano to the tune of his father’s song “Funny How Time Slips Away” and treated his fans and followers to an impromptu performance.

🎵 Ain't it funny how time slips away🎵
Who knows what year this classic boxing style poster is from? #WillieNelson #AmericanPickers pic.twitter.com/Iv81OD6nNu

With vibrantly-colored wood beams in the video’s background, Lukas took to a tucked away piano and began a performance that will likely blow you away. Lukas provided a brief description beneath his upload, including his explanation, “One of my favorite tunes my dad has written. (apologies to real piano players).”

With clear confidence and vocals striking an incredible resemblance to his father’s, Lukas showcased his piano skills and timeless musical talent that is undeniably a gift from Nelson.

Only 27-years-old when he filmed this video, this talented man’s appreciation for his father’s classics will give Nelson fans high hopes for the continuation of The Red-Headed Stranger’s iconic sound.

Check out Lukas’ stellar performance below and tell us what you think.