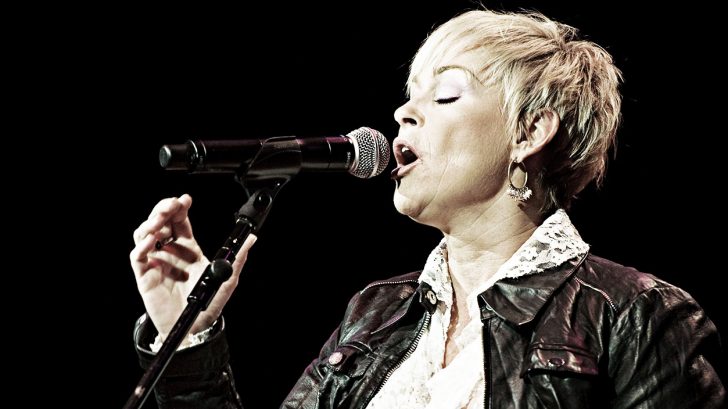 Taking the original performance from this talented singer and slowing it down to an eerie 33rpm, it has become one of the most chilling and beautiful renditions that many will ever hear.

Lorrie Morgan Was Turned Down Numerous Times Before Getting Her First Record Deal at RCA http://t.co/hYXODDUcRo pic.twitter.com/VDYfa8m8tD

Lorrie Morgan has earned herself a reputation for magical melodies, unforgettable songs, and fantastic performances, and it’s through this legacy of incredible music that her cover of “A Picture of Me (Without You)” was born.

Morgan, who was raised in a country music family, began her career with an appearance on the Grand Ole Opry at just 13 years old. Ever since that moment, it was clear she was destined for stardom.

With the release of her single in 1991, Morgan’s cover of this famous 1970s George Jones hit soared to the top of the charts and earned her a fifth consecutive Top 10 hit!

Fans everywhere fell in love with this song (and Lorrie’s voice) all over again, requesting it from radio everywhere and selling thousands of records!

Now, a superfan has slowed down her original performance from the standard 45rpm to a hauntingly-beautiful 33rpm in a new video that will have y’all begging for more.

Check out this beloved old song, with a beautiful new sound in the video below.