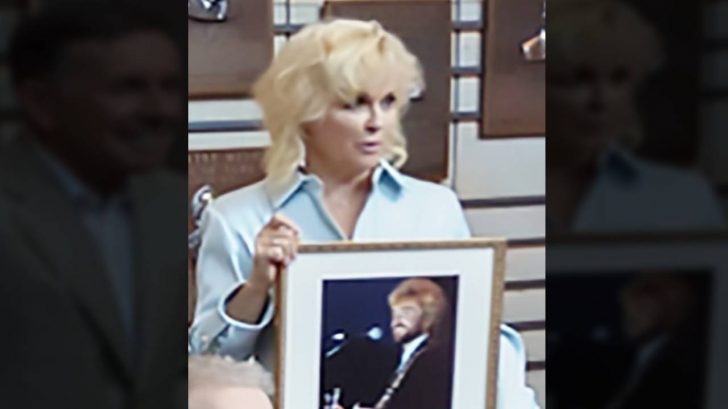 The Country Music Hall of Fame just announced its newest members on Tuesday, May 17, 2020. The news was announced during a live-streamed press event hosted by Hall of Fame duo Brooks and Dunn.

Keith Whitley, Jerry Lee Lewis, and Joe Galante will be inducted into the Country Music Hall of Fame.

A post shared by Country Music Hall of Fame (@officialcmhof)

Keith Whitley received the most votes for the Modern Era Artist medallion, while Jerry Lee Lewis joins as the annual Veteran Era artist. Joe Galante received the nomination for the Recording/Touring musician category.

As most know, Keith Whitley passed away on May 9, 1989 at the age of 33, leaving behind his wife, fellow country singer Lorrie Morgan, and a son, Jesse Keith Whitley. He is known for his hit songs including “Miami, My Amy,” “When You Say Nothing at All,” and “I’m No Stranger to the Rain.” Lorrie and his family posthumously released music as well, including “I Wonder Do You Think of Me”, “It Ain’t Nothin’,” and “I’m Over You.” Whitley’s widow Lorrie Morgan and son Jesse Keith Whitley were on hand for the announcement.

Jerry Lee Lewis has countless hits to his name including “Whole Lotta Shakin’ Goin’ On,” “Great Balls of Fire,” “Breathless,” and “High School Confidential.” He is the recipient of the Grammy lifetime Achievement Award, two Grammy Hall Of Fame Awards, and was inducted into the Rock and Roll Hall Of Fame in 1986. He is also in the Rockabilly Hall of Fame and was an inaugural member of the Memphis Music Hall of Fame.

Galante relocated at 24 years old from New York to Nashville when working for RCA Records. He thought he’d done something wrong at work to earn this relocation. At 32 years old, he took over RCA Nashville in 1982 and became the youngest executive to lead a major label in Nashville at the time. Under his leadership, The Judds, Alabama, Keith Whitley, K.T. Oslin, Clint Black, Vince Gill, Lorrie Morgan and Martina McBride all had chart-topping hits and sold-out shows.

He briefly went back to New York in the early 90s as president of RCA Records, but in 1994, came back to Nashville and worked with artists such as Kenny Chesney, Sara Evans, Lonestar, Chris Young, and more.

The 2022 class brings the total Country Music Hall of Fame inductees to 149. Inductees are voted on by CMA’s Hall of Fame Panels of Electors, an anonymous body is chosen by the CMA Board of Directors.

Lorrie’s Facebook post congratulating her late husband was short and sweet: Right on!! About time he was honored!!”