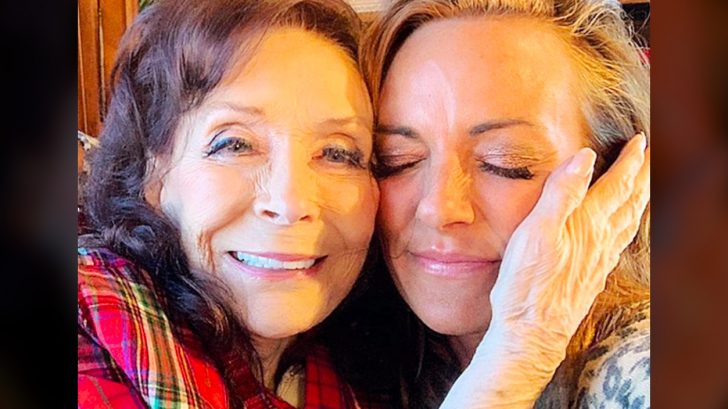 On October 4, Loretta Lynn’s family announced on social media that the country legend had passed away peacefully in her sleep.

“Our precious mom, Loretta Lynn, passed away peacefully this morning, October 4th, in her sleep at home at her beloved ranch in Hurricane Mills,” the statement read. “The family has asked for privacy during this time, as they grieve. An announcement regarding a memorial will be forthcoming in a public announcement.”

A statement from the family of Loretta Lynn.

"Our precious mom, Loretta Lynn, passed away peacefully this morning, October 4th, in her sleep at home at her beloved ranch in Hurricane Mills.” The family of Loretta Lynn.

Her death comes as a shock to the country music world, seeing as we weren’t aware of any health issues, though she was 90 years old. Lynn lived such an incredible life, from being married at 15 to have four children before even releasing her first single, to just recently celebrating 60 years as a Grand Ole Opry member.

While the world is mourning the loss of our Queen of Country Music, Loretta’s family is mourning one of their own. Her younger sister, fellow country singer Crystal Gayle, mourned her sister on social media saying, “The world lost a legend. We lost a sister.”

Another family member who is reeling from her passing is her granddaughter, Tayla Lynn Finger. Tayla is the daughter of Loretta’s son Ernest Ray.

Tayla has followed in her Memaw’s footsteps and has pursued a career in country music. In fact, she’s in a duo with Conway Twitty’s grandson, Tre Twitty, called Twitty & Lynn.

Posting to her official Facebook page, Tayla shared a sweet photo of her and her Memaw, and wrote, “Gettin to meet Jesus was something that brought her so much joy and comfort.This loss. This grief. We all feel it. You feel it like I do. Like the family. You are family. To her you were her family for so very long. She’s wasn’t just ours. She was yours too.”

Tayla continued, “As sad as we are- we are so thankful she is home with her Father in Heaven. Her Mommy & Daddy. Her children past. Her husband. So many that have gone before her.
Forever changed.”
This was beautifully said. We will keep Tayla and the rest of the Lynn family in our prayers.

Gettin to meet Jesus was something that brought her so much joy and comfort.

This loss. This grief. We all feel it….