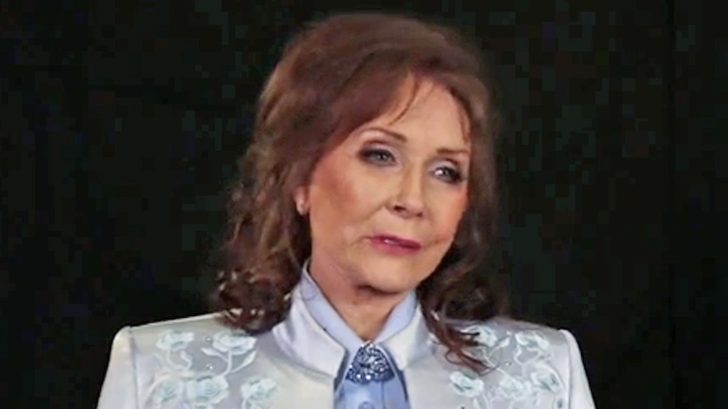 Country singer Crystal Gayle took to social media on Monday (Jan. 8) to ask her fans for a birthday wish, since it was officially her birthday week.

She asked her fans to pray for her sister, country music legend Loretta Lynn, and revealed that she had fallen and broken her hip.

A couple hours after that, Lynn’s team released a statement on her social media channels saying, “American music icon, Loretta Lynn is recovering from a fractured hip after a fall while at home. She is doing well and thanks all her fans for their thoughts and prayers.”

American music icon, Loretta Lynn is recovering from a fractured hip after a fall while at home. She is doing well and thanks all her fans for their thoughts and prayers.

Other than the announcement, no other details were released until later in the afternoon on Monday, when Lynn’s daughter Patsy spoke with PEOPLE.

“She had an accident on New Year’s Day and fractured her hip,” she told the magazine. “At my mom’s age it’s so dangerous when it comes to the hip, so we’re all just grateful she seems to be okay. She’s up putting weight on it and starting her rehab now.”

Lynn, who is 85 years old, suffered a stroke in May and has been recovering ever since. Besides performing at her ranch at the beginning of October and helping induct Alan Jackson into the Country Music Hall of Fame a couple weeks later, Lynn has been focusing on her recovery and has stayed out of the public eye.

“She’s in great spirits,” Patsy continued. “She’s just aggravated because she was recovering so well and getting around. Now this is a setback. She said she’s just mad about being back to laying up watching TV! Hopefully, she will recover quickly. She’s strong — it’s amazing she’s able to go through all she’s been through. She had a stroke in May and has been having band rehearsals and getting around great by herself; she’s recording, she’s finishing up another album. That’s what she’s been focusing on. She’s nonstop but she’s always been that way — it’s what keeps her going.”

After her stroke, Lynn postponed the release of her brand new album, which was originally scheduled for an August 2017 release, and her subsequent tour. From the sound of it, she went back in the studio and continued working on it after her stroke.

As for what caused the fall? Patsy joked that it was because of her mom’s new puppy.

“She has a new puppy. We don’t really know if she was chasing after the puppy or what, but she slid and fractured her hip. We blame the puppy!” Patsy joked to PEOPLE. “Though the puppy brings smiles so there’s that.”

Whatever the cause of the fall, we will be praying for a speedy recovery for Loretta!

Watch Lynn perform for the first time after her stroke below, with some help from her family including Patsy.