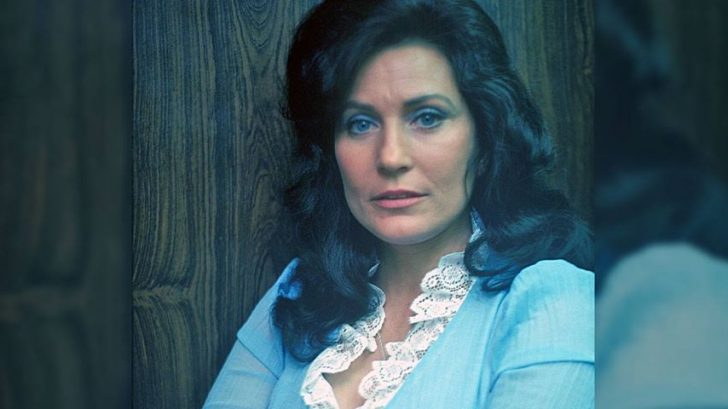 You probably know all her songs by heart, but there are a few things about The Queen of Country not everyone knows. For instance, did you know that Loretta Lynn wrote one of her all-time greatest hits in a mere 10 minutes?

Now playing on radio_sydney WHITE: "You Aint Women Enough to Take My Man" by Loretta Lynn, from 'You Ain't Woman Enough' pic.twitter.com/RgHJK0ciAi

Many have wondered what prompted the much-celebrated singer to write “You Ain’t Woman Enough (To Take My Man).” Surprisingly – a fan who made her way backstage inspired Lynn during a conversation in the star’s dressing room.

Right before her show, a girl came into the dressing room while Lynn still had her hair in pin curls. Lynn assumed the young lady had talked one of the policemen into allowing her to sneak past them… still, she listened. The upset visitor poured her heart out to Lynn about a girl who was trying to steal her husband away.

While the girl came to the concert alone, she told the country legend that her husband had brought another woman and they were sitting in the second row!

“She said, ‘When you can, peak out the curtain and I’m gonna show you where he’s sittin’ and she’s sittin’ right beside him’. And she did,” Lynn told PBS.

Lynn recalled that the rival woman was “really painted up” and the young woman standing beside the her didn’t have any makeup on, and was beautiful just as she was.

“I looked around at that lady that came backstage, and I said, ‘Honey, she ain’t woman enough to take your man’!”

That’s when it hit her – she HAD to write a song called “You Ain’t Woman Enough (To Take My Man).” She ended up writing the lyrics in 10 minutes!

Lynn’s big heart and close relationship with her fans resulted in the biggest hit of her career. It was 1966 and “You Ain’t Woman Enough (To Take My Man)” peaked at number two on the Billboard Country charts. The song was also the title-track to her first number one album on the Billboard Top Country Albums chart, as well as her first album to chart on the all-genre Billboard 200 chart.

As history proves, Loretta Lynn is not only one of the most decorated female country singers, but also an incredibly talented songwriter.

Take a trip back in time and listen to Loretta Lynn warn the “other woman” she’d better back off.