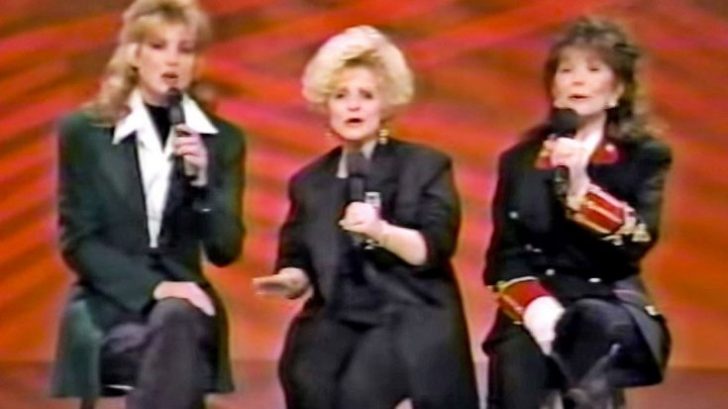 Three generations of leading ladies in country music came together to honor the woman who paved the way for all future generations of women with hopes of making a name for themselves in the genre. Patsy Cline. Loretta Lynn, Faith Hill, and Brenda Lee came together for a powerful medley of Cline’s greatest hits.

The three country songstresses catch up before diving into a mesmerizing mash-up of “Walkin’ After Midnight,” “She’s Got You,” “Back in Baby’s Arms,” and Cline’s iconic “Crazy.”

Hill closed out the medley with a bone-chilling delivery of “Crazy” before the three collapse into one another’s embrace. The performance was extra meaningful for Lynn seeing as she was an extremely close friend to Cline in the years leading up to her death.

Loretta Lynn AND Patsy Cline!!!!!! Doesn't get any better than this!!! pic.twitter.com/7GGGdQeS

Cline passed away in 1963 at the young age of 30 years old leaving behind millions of heartbroken fans and a musical legacy no person has ever come close to surpass.

You can watch the performance in the video below and be sure to let us know what you think in the comments!