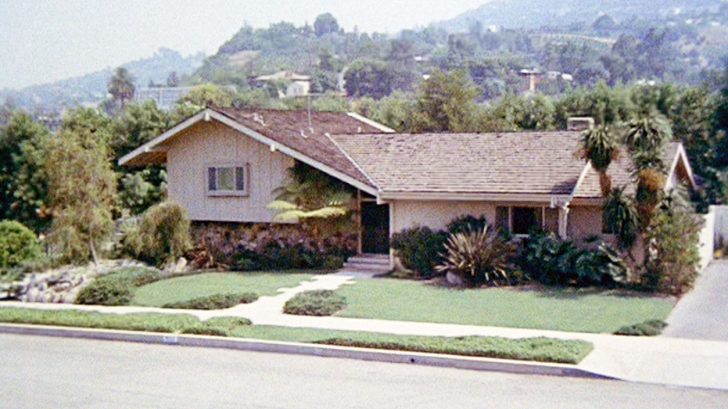 It has been 44 years since the last episode of The Brady Bunch premiered on March 8, 1974. The late 60s sitcom that featured America’s favorite family, The Brady Bunch, became a hit across the states with its hilarious plot and storyline. The blended family, including six children, all lives under one roof in a large, suburban, two-story home in Los Angeles.

In early 2018, the iconic house was put on the market as an array of hopeful buyers waited to get their hands on it. Eventually, HGTV won the bid and announced that they would be airing a new show “A Very Brady Renovation” in 2019, where they’d be flipping the home. To add to the excitement, the original characters from the show are going to help with the renovations.

While the outside may look familiar, the production team chose to only use exterior shots of this beautiful home during filming for the opening and closing scenes. The directors even added a fake window to the front of the house to give the illusion that it was a two-story home. The majority of The Brady Bunch was actually just filmed inside a Los Angeles Studio.

Which episode of The Brady Bunch would you use to represent the whole series?

Posted by The Brady Bunch on Thursday, January 4, 2018

Of course, before the big renovation goes down, HGTV shared photos with fans so they could remember the famous home one last time.

A Tour Inside: Brady Bunch Edition

The front exterior of one of the most recognized homes in America.

Close up of front porch

This beautiful home is in for a whirlwind of updates & we can’t see what The Brady Bunch cast has up their sleeves! Head over to HGTV to see their photos of the house before it’s big renovation.

The grooviest HGTV project of the year kicked off in a big way with a very Brady renovation day.