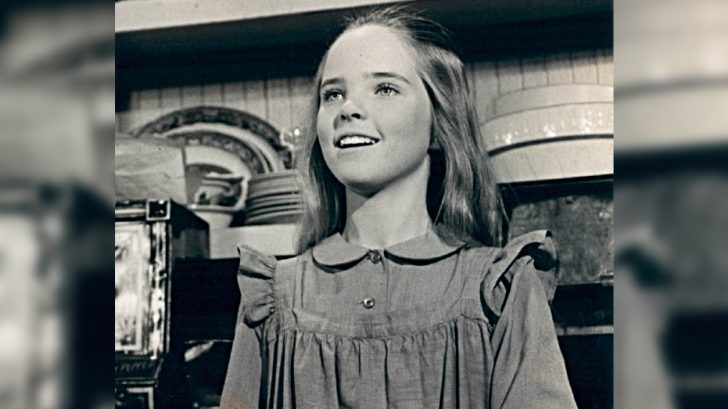 Melissa Sue Anderson, who played the oldest Ingall’s daughter on Little House on the Prairie, once revealed that her onscreen dad had a bit of a mean streak.

In Anderson’s 2010 memoir, she recounted her days playing Mary Ingalls and gave fans some insight into what it took to play the role that would earn her the show’s one and only Emmy nomination.

“Portraying a blind person required a great deal of research, which I started soon after reading these scripts,” Anderson wrote in The Way I See It: A Look Back at My Life on Little House. “I didn’t want to be disrespectful or cartoonish…I purposely concentrated on not focusing my eyes on anything, so that literally anybody or anything could be moving around in my line of vision, so to speak, and it would have no effect on me whatsoever.”

With the help of teachers from the Foundation for the Junior Blind in Los Angeles, Anderson learned to better understand the blind so that she could accurately portray Mary Ingalls who lost her sight after a bout with scarlet fever.

“The more I learned, the more I could open my mind and become more accepting and understanding of people with any kind of disability,” the actress wrote. “We tend to be afraid of what we don’t know, and I’m glad our show helped dispel some of those feelings.”

Anderson’s role launched Little House to the top of television ratings during that season giving the show its highest rating in four years. In addition, the actress was nominated for an Emmy for Outstanding Lead Actress in a Drama Series, and at the time was the youngest to ever earn a nod in that category.

Anderson’s elation about her nomination was dampered by a conversation she had with Michael Landon prior to the awards ceremony.

“Mike [Landon] said to me, ‘You know you’re not going to win,’” she documented in her memoir. “Did I mention Mike’s mean streak?”

Anderson responded to Landon’s comment by agreeing that she likely wouldn’t win. “Still, his words kind of stopped me in my tracks,” she admitted.

Landon was likely trying to prepare the younger actress for what he felt would transpire that evening, telling her that the Screen Actors Guild was suspected to alternate winners between the East Coast and West Coast.

The Little House actress was up against Fionnula Flanagan (How the West Was Won), Kate Jackson (Charlie’s Angels), Michael Learned (The Waltons), Susan Sullivan (Julie Farr M.D.), and Sada Thompson (Family), and knew her chances of winning were slim.

“I was hopeful, but I was realistic,” Anderson recalled. “Most likely I was not going to win, but not for the reason he stated. I could not imagine myself winning against the other five wonderfully talented adult women I was in the category with…in the end, Mike was right again, as Sada Thompson, a New York actress, won.”

While Anderson didn’t win the Emmy, the nomination led to other acting opportunities after her 8-year Little House run was over.