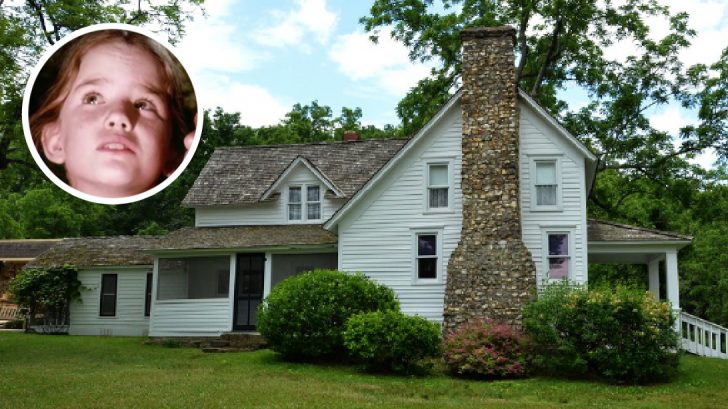 For nine years, Melissa Gilbert starred in Little House on the Prairie as Laura Ingalls. Early this week, nearly 40 years after the last episode of the beloved television show aired, Gilbert had a chance to walk through the last home of the woman she portrayed on the small screen.

In a post made to social media on Monday (October 25), the 57-year-old actress shared photos of herself walking through the Laura Ingalls Wilder Historic Home and Museum in Mansfield, Missouri. It was at this home, also known as Rocky Ridge Farm, where Laura lived with her husband Almanzo and their daughter Rose. It is also where Laura would pen the books that would make her a household name and that would inspire the television series that launched Melissa Gilbert’s career.

As you can imagine, the visit to the museum and home was special for Melissa Gilbert. In fact, she called her walk through Laura and Almanzo’s home “moving.”

“Yesterday I had the pleasure of finally going to #lauraingallswilder ‘s home site in Mansfield Missouri. If you have a chance to go, you must! The museum itself is fantastic and very comprehensive. But for me, walking through Laura and Almanzo’s homes was so so moving,” Gilbert wrote.

The caption accompanied photos of Gilbert studying items that once belonged to Laura Ingalls Wilder and her family, including Pa’s fiddle, dresses, slates and dishes.

See photos of Melissa Gilbert’s visit to the Laura Ingalls Wilder Historic Home and Museum below.