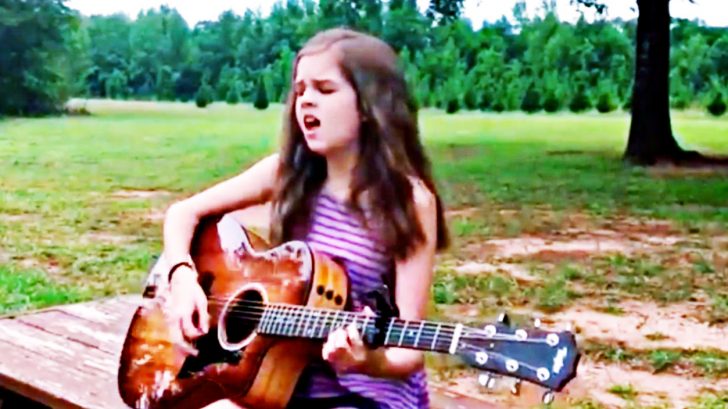 Atop a simple picnic table just outside of a wooded area, this young girl gives her all in this unbelievably good performance of an Eagles classic!

Young Calista Clark, who has been singing for as long as she can remember, gave a whole new sound to this super hit with just her dazzling voice and impressive guitar skills. Singing “Desperado,” Clark embodies the deep emotion of the song and hits every note with remarkable ease.

The Eagles’ beloved hit has been a favorite for performers and fans to cover for decades since it first broke out with insane success after its release in April 1973. Beyond just seeing die-hard fans and inspired musicians craft their own versions of the song, many treasured artists have also seen their own covers hit the charts. Clint Black, Carpenters, and Johnny Rodriguez are just a few to name.

Watch Clark’s full video below and listen as you hear the raw, unbridled power behind her voice rings throughout this forested grove. She’s truly a star in the making and this recording is a testament to that.