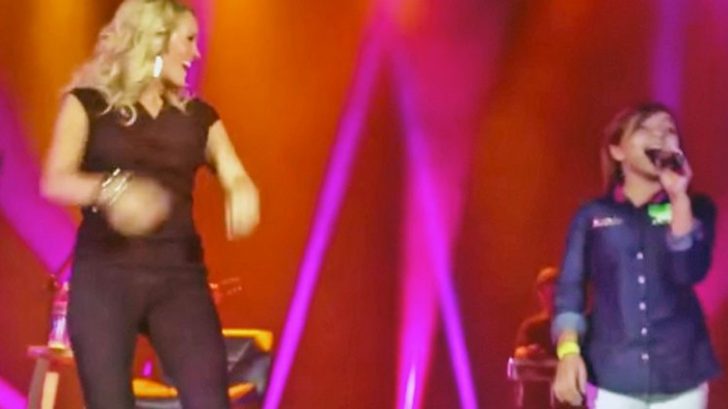 Just when you thought you couldn’t love Carrie Underwood any more than you already do, she goes and does this!

In 2013, after spotting a little girl in the audience holding a sign with “Can I sing with you?” written on it, the country superstar gave a young fan the experience of a lifetime.

“What one of my songs do you know?” asked Underwood, to which the young girl responded, “Good Girl.”

The country singer clearly intended to sing the song with her, but quickly handed the microphone over after the young girl, whose name is Genesis Nava, sang the very first verse. Underwood danced along while the young singer with God-given talent perfectly nailed her performance of the killer country song.

11-year-old Genesis previously appeared on America’s Got Talent after wowing the judges with a jaw-dropping rendition of Underwood’s hit song.

After watching the young girl on the competition series, a local commissioner gave Genesis front row seats to the country singer’s show to congratulate her on how well she did.

You can check out Genesis’ performance with Carrie below.