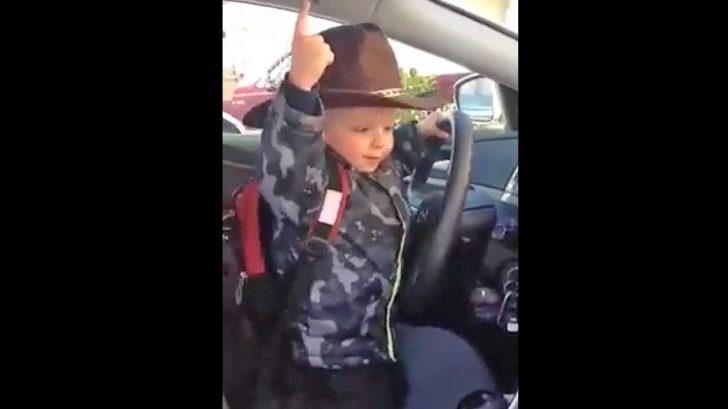 Sometimes, when you hear a certain song on the radio, you can’t help but dance and sing along! Well, neither can this little guy! Standing in the driver’s seat, wearing a cowboy hat and camo, this adorable cowboy can’t get enough of James Otto’s “Since You Brought It Up.”

He dances and even joins Otto during the chorus. It is actually too cute to handle! This kid is all of us when we listen to music on a road trip. He wants to dance, and he doesn’t care who sees him.

James Otto is known for his albums Sunset Man and Shake What God Gave Ya. His first Number 1 hit, “Just Got Started Lovin’ You” was the number one country single of the year in 2008, according to Billboard.

He wrote the Grammy-nominated and ACM award-winning song, “In Color,” which is performed by Jamey Johnson. He released “Since You Brought It Up” in 2009 as a single and it made it to the Top 40.

You can’t help but smile when watching him bounce to the music! His energy is infectious and we’re pretty sure his mom stopped filming so she could dance with him!

Watch this little cowboy dance to his favorite country tune below!