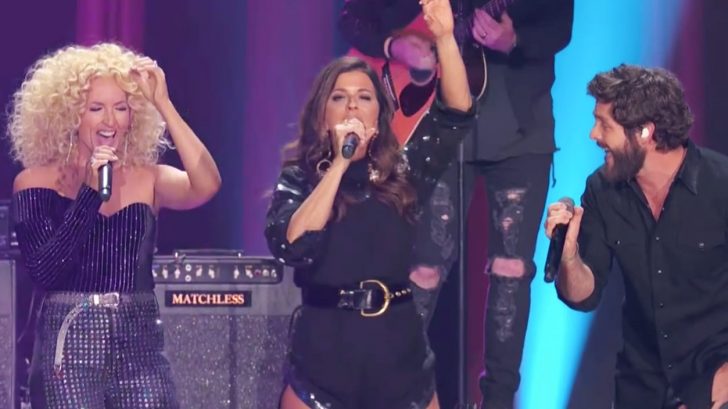 While many country artists have a full plate during the week of CMA Fest, Thomas Rhett has a full plate and an extra side dish. That’s because on top of performing during the festival and at the CMT Music Awards, Rhett was tapped to serve as the host of the televised portions of CMA Fest.

Each year, the CMA chooses select performances from the festival to showcase during a televised special that airs a couple months later. Rhett and his co-host Kelsea Ballerini help the special move along by providing transitions between performances.

After hosting the special together in the past, the duo returned to do so again this year.

Speaking of hosts, the hosts of this year’s CMT Music Awards were the members of Little Big Town, who also hosted the 2018 ceremony. So it only made sense to have the hosts of the awards join one of the hosts of CMA Fest for a performance…especially since they just released a song together!

Little Big Town and Rhett were given the opening performance slot, and their new collaboration was the perfect track for the occasion. Titled “Don’t Threaten Me with a Good Time,” the song is a track on Rhett’s newly released album Center Point Road.

The singers were joined by the talented musician Trombone Shorty for their opening performance, and he helped up the fun vibe of the song even more. It was definitely a good time, that’s for sure!

What a way to open an awards show! You can rewatch Little Big Town and Thomas Rhett’s performance of “Don’t Threaten Me with a Good Time” with Trombone Shorty below!