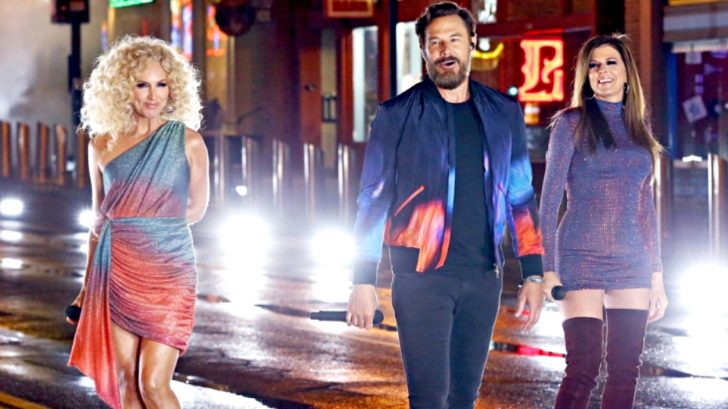 Little Big Town was one man down for the 56th Annual Academy of Country Music Awards, but that did not stop the band from giving fans an incredible performance.

Little Big Town’s successful year earned the band a nomination for Group of the Year at the 56th ACM Awards. The band has taken home eight ACM Award wins throughout their career.

While Little Big Town member, Phillip Sweet, was unable to attend the night’s award show due to testing positive for COVID-19, the band still took the stage with a rendition of “Wine, Beer, and Whiskey.” Sweet did appear virtually to introduce his band.

Little Big Town sang on Broadway in Nashville. Watch a clip of the performance below.

.@littlebigtown wrapped up a night of #CountryMusic in the best possible way—live from Broadway in Nashville with their performance of “Wine, Beer, Whiskey!” ? West Coast, the #ACMawards have begun, don’t miss it on @CBS and @ParamountPlus! pic.twitter.com/3cy0gEik64