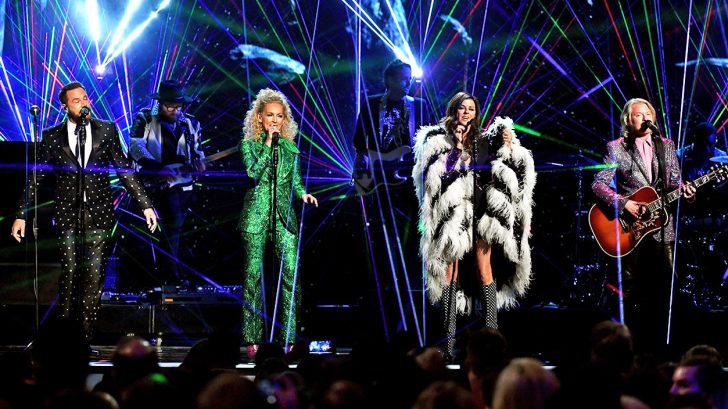 Last week, Little Big Town participated in the star-studded tribute concert “Elton John: I’m Still Standing — A GRAMMY Salute.” The quartet, as well as Maren Morris, and Miranda lambert were the only country music singers, and they represented the genre extremely well!

Morris performed “Mona Lisas and Mad Hatters,” while Lambert sang “My Father’s Gun.” Little Big Town’s performance of “Rocket Man” was so well-received, they were asked to perform it again, but this time, at the ACM Awards.

Dressed in fashion paying tribute to the legendary English singer, Little Big Town all stood on stage to lend their chill-inducing harmonies to the classic 1972 Elton John song. They definitely made Sir Elton John proud!

Watch them perform “Rocket Man” below and let us know what you thought of the performance below.