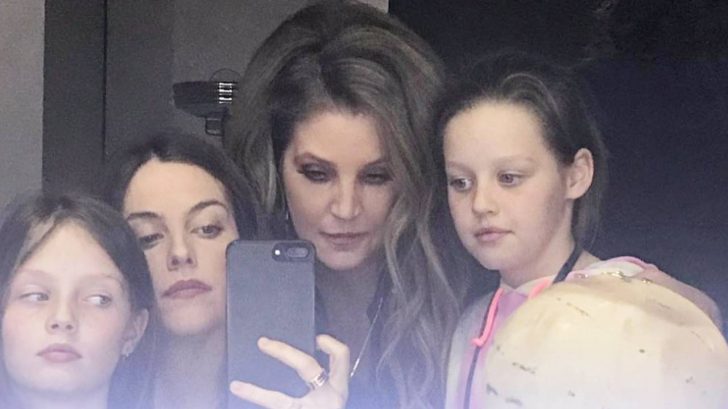 On the morning of Thursday, January 12, Elvis Presley’s only child, Lisa Marie Presley, suffered a cardiac arrest at her Calabasas, CA home. Paramedics arrived and performed CPR, regaining her pulse before transporting her to the hospital.

Just a few minutes before the news broke, Priscilla congratulated actor Austin Butler on his Golden Globes win on Twitter. He, of course, played Elvis Presley in the biopic Elvis.

My heartfelt congratulations to Austin Butler for the Golden Globe award for best actor. It was much deserved. He studied Elvis for 2 years & simply became him in his performance. I’m so proud of you. I only wish that the genius that Baz Luhrmann captured was also recognized.

Just after 3pm PST, Priscilla once again took to social media to confirm that Lisa Marie was rushed to the hospital, and she asked for prayers.

“My beloved daughter Lisa Marie was rushed to the hospital. She is now receiving the best care. Please keep her and our family in your prayers. We feel the prayers from around the world, and ask for privacy during this time,” she wrote.

My beloved daughter Lisa Marie was rushed to the hospital. She is now receiving the best care. Please keep her and our family in your prayers. We feel the prayers from around the world, and ask for privacy during this time.
-Priscilla Presley pic.twitter.com/j5oNfNMYJx

Priscilla issued a statement to press sharing the news that Lisa Marie had died.

“It is with a heavy heart that I must share the devastating news that my beautiful daughter Lisa Marie has left us,” Priscilla shared. “She was the most passionate strong and loving woman I have ever known. We ask for privacy as we try to deal with this profound loss. Thank you for the love and prayers. At this time there will be no further comment.”

The three Presley granddaughters are no strangers to tragedy. Just two years ago, their brother Benjamin Keough took his own life. The girls leaned on each other during that time and are leaning on each other again now.

Lisa Marie shared custody of Harper and Finley with ex-husband Michael Lockwood. According to Entertainment Tonight, Lisa Marie had 60% custody, while Michael had 40%. On top of that, Lisa Marie’s first husband, Danny Keough (Riley’s dad), had been living with her and helping her with the girls. In fact, when Lisa Marie had the cardiac arrest in her home, Danny was just getting home from taking Harper and Finely to school.

Entertainment lawyer Mitra Ahouraian, who is not seemingly involved in the circumstance, says that Michael “will likely get full custody of Finley and Harper as there is a lot of deference given to the the biological parent.”

Ahouraian believes Michael will get full custody and Danny, as their pseudo-stepfather, will get visitation.

According to another report, the girls do not want to return to the home Lisa Marie had her cardiac arrest in and have been splitting time between their father’s house and their grandmother, Priscilla Presley’s house.

Luckily, Michael’s home is close to where the girls lived with Lisa Marie, so they will not have to change schools. According to Entertainment Tonight, a source confirmed Michael got 100% full custody “the moment Lisa Marie died.”

We are praying for Harper, Finley, and Riley.