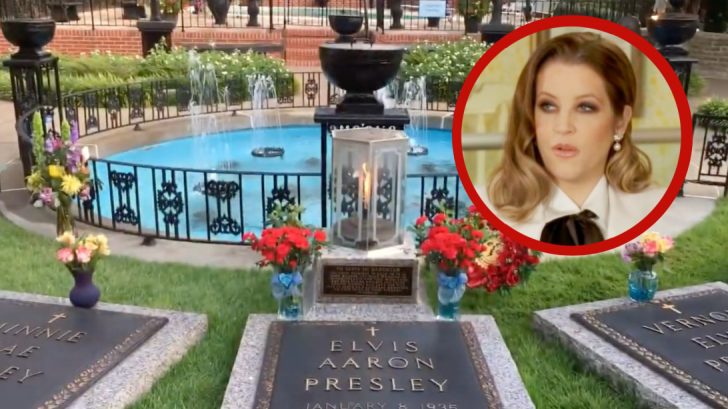 Just days before a public memorial service in her honor, Lisa Marie Presley has been laid to rest.

Us Weekly confirmed that Lisa Marie Presley was buried in the Meditation Garden at Graceland near her father, Elvis Presley, and her son, Benjamin Keough, on Thursday (January 19). A memorial service will take place Sunday (January 22) at Graceland.

The general public is invited to the memorial service that is expected to be attended by Lisa Marie’s family and friends. A procession to view Lisa Marie’s final resting place will follow the service.

Lisa Marie Presley died on January 12 after going into cardiac arrest at her Calabasas, California, home.

She was transported to a local hospital where she passed away a few hours later. She was 54.

The week prior to her death, Lisa made two public appearances. On Sunday (January 8), she visited Graceland to celebrate the life and legacy of her father on what would have been his 88th birthday.

Our hearts are extra heavy having just had Lisa in Memphis this Sunday celebrating Elvis’ birthday and meeting fans.

Our deepest condolences to Priscilla, Riley, Finley, Harper and all of Lisa Marie’s loved ones 💙 pic.twitter.com/Zw9ubtmlUB

The following Tuesday, the singer-songwriter attended the Golden Globe Awards with her mother, Priscilla, to support the cast and crew of the 2022 movie Elvis. It would be Lisa Marie Presley‘s last public appearance before her untimely passing.