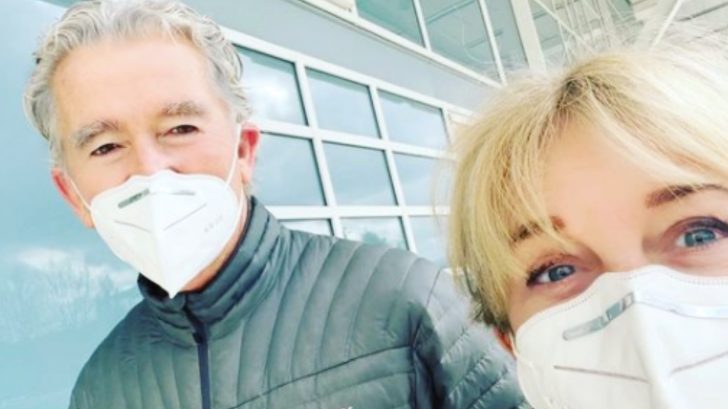 Patrick Duffy and Linda Purl are currently in quarantine together.

Dallas star Patrick Duffy found love again with musician and Happy Days actress Linda Purl. Previously, Duffy was married to Carlyn Rosser for more than four decades until she died of cancer in 2017. In an interview with PEOPLE, the actor admitted that he was surprised to find such a meaningful relationship again. Duffy and Purl met years ago as casual friends, but the pair recently reconnected due to a group text chain. Duffy and Purl soon developed a relationship over the phone, which led to Duffy driving 20 hours to Purl’s doorstep.

“I loaded up my car and drove 20 hours and ended up on her doorstep just to see if it was real,” Duffy revealed in the interview. “We haven’t been apart since.”

The pair has not been shy about flaunting their relationship across social media. Recently, Purl shared pictures from the couple’s vacation to Mexico, and on St. Patrick’s Day, the actress shared a sweet post for Duffy’s birthday.

The couple’s latest adventure has taken them to Canada. On social media, Purl shared a photo of the pair on a plane. She also stated that the two were required to quarantine for fourteen days upon their arrival.

Despite being in isolation, the pair appear to be enjoying themselves. For more on Purl and Duffy’s relationship, check out the video below.