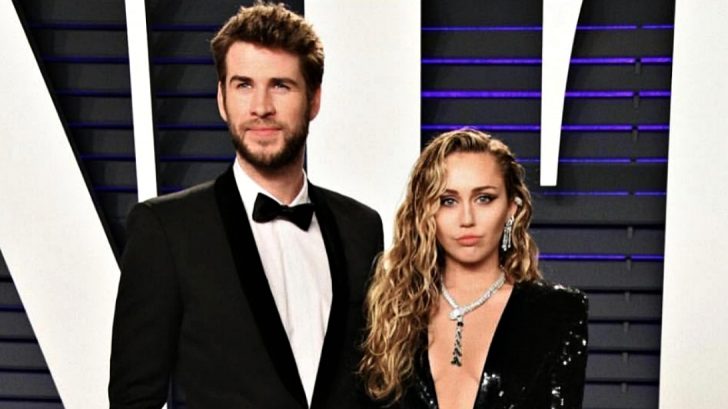 Australian actor Liam Hemsworth and pop star Miley Cyrus have called it quits after less than a year of marriage. The couple, who had dated off and on since meeting on the set of The Last Song roughly 10 years ago, issued a statement addressing their split, saying:

“Liam and Miley have agreed to separate at this time,” the statement to PEOPLE read. “Ever-evolving, changing as partners and individuals, they have decided this is what’s best while they both focus on themselves and careers. They still remain dedicated parents to all of their animals they share while lovingly taking this time apart. Please respect their process and privacy.”

The pair tied the knot in December 2018 in a top-secret ceremony at their Tennessee home. But, Miley made it clear that she wasn’t going to fit the traditional wife role.

“I think it’s very confusing to people that I’m married. But my relationship is unique,” Cyrus told Elle in August 2019, and shared that the details of her love life with Hemworth are something that she wants to keep private.

“I don’t know that I would ever publicly allow people in there because it’s so complex, and modern, and new that I don’t think we’re in a place where people would get it,” she said. “People become vegetarian for health reasons, but bacon is still f–ing good, and I know that. I made a partner decision. This is the person I feel has my back the most. I definitely don’t fit into a stereotypical wife role. I don’t even like that word.”

Regardless of their unconventional marriage, Liam Hemsworth appeared to be committed to his bride and opened up about his desire to start a family with Cyrus.

“Once we don’t have so many dogs. You couldn’t bring a baby into our house right now,” Hemsworth told GW Australia. “But one day, we’ll know when it’s right. But right now? Not for the time being,” he shared, joking he hopes to have ’10, 15, maybe 20′ kids with the singer.”

Liam was crazy about Miley, as evidenced in his comments about her in many television interviews. “I feel really happy and really fortunate to be with such a great person,” he told the TODAY Show in February.  And during an interview with ET at the 16th Annual G’Day USA Gala in January, Hemsworth gushed of married life with Miley. “It’s the best. It’s the best. I feel so lucky to be with someone like her. It’s great. Very lucky.”

Since news of their split broke, Hemsworth has remained quiet on social media, but made a brief, heartbreaking statement to Daily Mail Australia. Hemsworth has reportedly been in hiding at his brother’s home in Australia, but ventured out for some frozen yogurt when he was approached by the media outlet and asked about his separation from Cyrus.

“You don’t understand what it’s like. I don’t want to talk about it mate,” Hemsworth said.

Cyrus, meanwhile, is enjoying an Italian getaway, but took time to post a statement that appeared to address the breakup.

Don’t fight evolution, because you will never win. Like the mountain I am standing on top of , which was once under water , connected with Africa , change is inevitable. The Dolomites were not created over night, it was over millions of years that this magnificent beauty was formed. My dad always told me “ Nature never hurries but it is always on time”…. it fills my heart with peace and hope KNOWING that is true. I was taught to respect the planet and its process and I am committed to doing the same with my own …. 💙