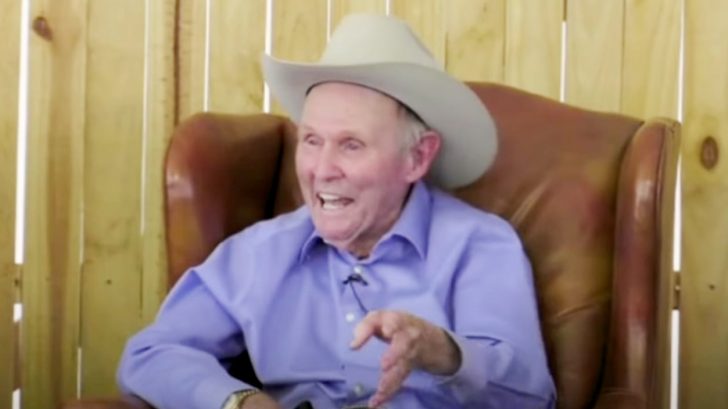 Buster Welch, the legendary horse trainer and Texan, has died. He was 94 years old.

Welch was known as one of the most talented horse trainers there ever was. He specialized in horse cutting, which is a type of equestrian event in which a horseman works cattle while being judged.

Just heard the sad news that we lost a great one today. Buster Welch was a legend. I was so honored to have known him. A great horseman. #horse #texas pic.twitter.com/ykQM0TRasn

Like many cowboys, Welch’s love for horses developed at a young age. He began riding horses and working cattle as a teen. Welch developed his skills by working at many prominent ranches, including the famous 6666 Ranch in Guthrie, Texas.

Decades later, Welch would return to the 6666 Ranch in an episode of Yellowstone.

Season 4, Episode 5 of Yellowstone was titled “Under a Blanket of Red.” The episode follows Jimmy as he arrives at the 6666 Ranch after leaving Montana. Jimmy meets Welch upon arriving at the ranch, but has no idea he’s in the presence of a legend.

A ranch hand eventually fills Jimmy in, telling him, “There’s three gods in Texas: the Almighty hisself, Buster Welch, and George Strait. You just met one of ’em.”

I grew up showing horses in #4-H. At 15, I rode my first cutting horse & learned all about #BusterWelch. I also drove across TX to OK to watch my friend compete in reigning at the World Quarter Horse Show and listened to #GeorgeStrait the entire way! Oh how I love @Yellowstone ! pic.twitter.com/EwDKc2t8OR

After the news of Welch’s passing broke, Yellowstone addressed the sad news. The show shared a statement on its official social media pages, which read:

“We’re saddened to hear of the passing of Buster Welch. You might recognize him from #YellowstoneTV season 4, but the horse trainer and cutting expert was a legend long before that. May he rest in peace.”

You can read Yellowstone‘s tribute to Welch below. We’ll be keeping his loved ones in our prayers.