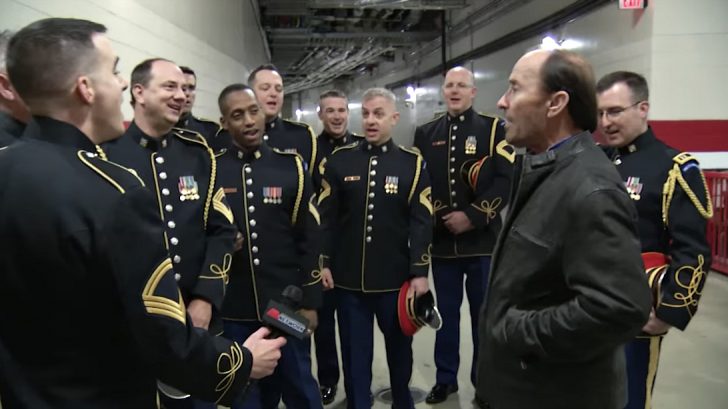 In 1983, Lee Greenwood penned what would become one of the most popular patriotic songs of all time.

“God Bless the USA” is a song that Greenwood wanted to write his whole life, but one tragic event inspired him to put pen to paper. That event was Russia shooting down a Korean jet flying to Seoul from New York City. 63 Americans died along with 200 others.

“I saw the senseless strike as a personal attack against our countrymen and it moved me to put pen to paper,” says Greenwood. “The song came so easily, it nearly wrote itself.”

Believe it or not, the song never topped the charts, only peaking at #7. But, it did win the CMA Award for song of the year in 1985 and became Greenwood’s signature tune. In the years since, Greenwood has performed the song hundreds of times at major sporting events, parades, and even Presidential inaugurations.

.@realDonaldTrump was introduced by Vice President Mike Pence and by musician Lee Greenwood, who sang "God Bless the USA" before the president took the podium pic.twitter.com/uRju5Vw3nG

But, one of the most moving performances of “God Bless the USA” happened off the stage. In 2015, at the NHL “Winter Classic” outdoor game in Washington, DC, Greenwood was asked by the Army Chorus to join them in singing the tune in one of the concourses of Nationals Park. In the video, Greenwood is seen walking through the tunnel of the venue when he is stopped by the chorus’ director and asked to sing an a cappella arrangement of “God Bless the USA.” He obliges and the result is unlike anything you’ve ever heard before.

Hear the moving performance from Lee Greenwood and the Army Chorus in the video below. Be prepared to be moved to tears as the mens’ voices fill the tunnels of Nationals Park. And if you’re proud to be an American, share this video with everyone you know.