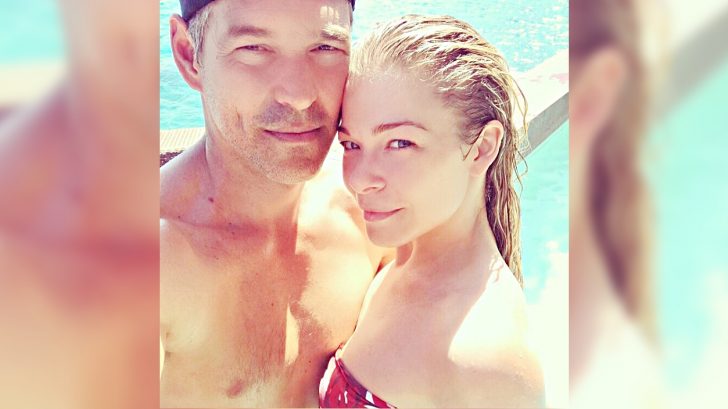 LeAnn Rimes opened up in a new interview with People about the “public shaming” that followed her relationship with her husband Eddie Cibrian.

Rimes and Cibrian met in 2009 on the set of the made-for-tv movie Northern Lights, where they both played the main characters. While filming, the two fell for each other, despite both of them being married to other people. Rumors of their affair swirled, and it all unraveled in a very public way. Not long after the rumors and splits from their significant others, very messy and public divorces ensued for both parties. Cibrian and Rimes married in 2011 and have been together ever since.

Happy #nationalstepfamilyday A little throwback from our wedding 8 1/2 years ago. I LovE these sweet souls! The ride isn’t always easy, but it’s ALWAYS worth it. Blessings and LovE to all of the stepfamilies out there! #stepfamilyday #nsfd #stepmom #familylove #LovE #throwback ? @joebuissink

Rimes opened up about her feelings, the way the public treated her, and the toll everything took on her mental health.

“There was something in the press every week that was just so fabricated. Obviously there are mistakes that I take great responsibility for. But my whole life I had cared what everyone thought of me. So the public shaming was a deep thing that I took on.”

Rimes revealed to People, “At first I didn’t want to face my pain, because I thought I would get lost in it, but I didn’t. People are so ashamed to talk about it and ask for help. But taking away the shame is so important.”

Rimes attributes her early struggles with depression and anxiety to her fame at such a young age. The song “Blue” made her an overnight success at just 14 in 1996. Her parents’ divorce and the very public failure of her first marriage to Dean Sheremet in 2009 just piled on to the struggles she had already been dealing with.

Rimes shared, “At one point, there was such a weight on my marriage, Eddie and my friends and those close to me experienced pain through my eyes. They weren’t exempt from it.”

A part of what made Rimes realize that she needed to get professional help was realizing how co-dependent she was on her husband, Eddie Cibrian, who she married in 2011.

“When we’re in our own world and in our depression and anxiety, it can be very isolating, and a very self-absorbed situation, I had a lot of co-dependency. My first night in treatment was the first night I’d ever been alone. There was a lot of healing to do.”

After learning how to cope with her depression and anxiety, Rimes enjoys her alone time and focuses on her self-care routine, which includes Yin Yoga, breath work with an expert, and a prescribed medication regimen to help keep her centered and in a good place. Rimes revealed that she knows her self-worth and who she is now, no longer feeling the need to seek approval from others.

When times get tough, and if she feels herself slipping back into a dark place, she knows how to help herself get to a better place. Ultimately, she is thankful for all the trials and tribulations she has experienced in life; it made her who she is.

As part of the Let’s Talk About It initiative, People is partnering with the Crisis Text Line, which offers free, 24/7 support from trained crisis counselors. If you or someone you know needs help, text STRENGTH to 741741. Or contact the National Alliance on Mental Illness, nami.org.

Watch LeAnn Rimes open up about her mental health in an interview with Katie Couric below.