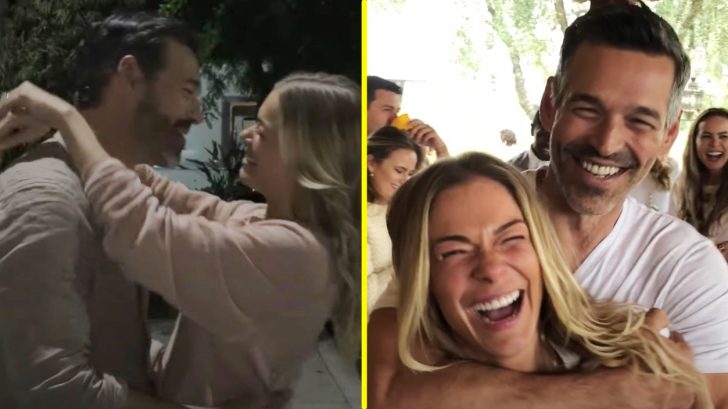 “this collection of songs is beyond special to me and we have carefully curated every step of this process, like never before. i can’t wait for this new music to be in your speakers and more importantly, your hearts,” she wrote.

In her announcement, she revealed that if fans pre-ordered the album, they could get access to three songs immediately. One of those songs is a song she said is “a little gift from me to you,” entitled “how much a heart can hold.”

Speaking with Entertainment Tonight, Rimes revealed that she actually wrote the song of her 2011 wedding day to husband Eddie Cibrian. She had previously shared a little bit of the song on social media, which prompted her fans to beg for the full release…and she finally listened to them!

“Last year on our 10th anniversary, I posted a little snippet of a song I had written for Eddie on our wedding day. I had never shared this before and the response to ‘how much a heart can hold’ was overwhelming,” she said. “I couldn’t keep up with the requests from my sweet fans asking for the full track.”

She premiered the song during her CMT Crossroads special alongside Brandy Clark.

This year, on Eddie and LeAnn’s 11th wedding anniversary, she released the full version along with a music video, which featured footage from their wedding day, along with special moments throughout their marriage, most of which fans have never seen!

See the romantic video below.