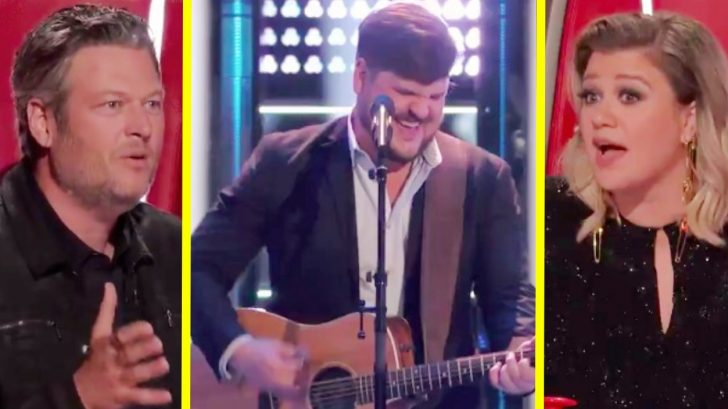 The Voice Gives Viewers A Taste Of The Best

Even though it has been on the air for years, every new season of The Voice still gets viewers just as excited as they were for some of the earliest seasons. The blind auditions are arguably the most highly anticipated performances, which is why viewers are so hyped when a new season kicks off.

Once Voice viewers watch the first few episodes of a season, they get even more anxious to hear what the upcoming contestants have to offer. While the episodes air just a week apart from each other, that single week feels like a long time to wait!

Luckily for those enthusiastic viewers, The Voice is more than willing to give them a little something to help hold them over until the new blind auditions air.

Will this artist leave you stunned? ?

Every so often, The Voice will “leak” an extraordinary singer’s blind audition online before it airs on TV. These auditions are often some of the best of the season, and typically result in all four coaches turning their chairs.

One of the most famous leaked Voice auditions was during Season 9, when the show released Arkansas dad and teacher Barrett Baber’s performance of “Angel Eyes.” He ended up being one of the most successful contestants of his season, and placed in third.

For Season 16, The Voice chose to leak another country singer’s outstanding blind audition.

Dexter Roberts has already proven that he has what it takes to make it far in a singing competition. He placed seventh on the 13th season of American Idol, which took place in 2014.

Now, five years after he appeared on Idol, Roberts is busy wowing the Voice coaches with his pure country sound. He picked the perfect song to show off how much of a powerhouse he is…Randy Houser‘s “Like a Cowboy.”

Released by Houser in 2014, “Like a Cowboy” reached the third spot on the Country Airplay chart, and remains one of his signature songs. Anyone who has ever listened to the track will tell you how Houser’s passionate delivery has the power to give you goosebumps.

Who’s The Lucky Coach That Got This Guy?

Roberts needed to bring that same sense of passion to his performance of the song, while also using it to showcase the unique quality of his voice. He succeeded at doing both, and impressed the coaches with his performance.

By the time Roberts finished singing, all four coaches had turned their chairs to face him. Since he seemed like a shoo-in for Blake Shelton‘s team, the other coaches fought to steer him in a different direction.

Did their tactics work? Or did the powerhouse cowboy keep it country by sticking with Shelton? You actually won’t find out until his audition airs!

Since this performance hasn’t appeared on TV yet, y’all are some of the first to see it in the clip below!

? This INCREDIBLE country artist has all the Coaches fighting! ?Find out if Blake Shelton walks away with this 4-chair turn MONDAY 8/7c on NBC.