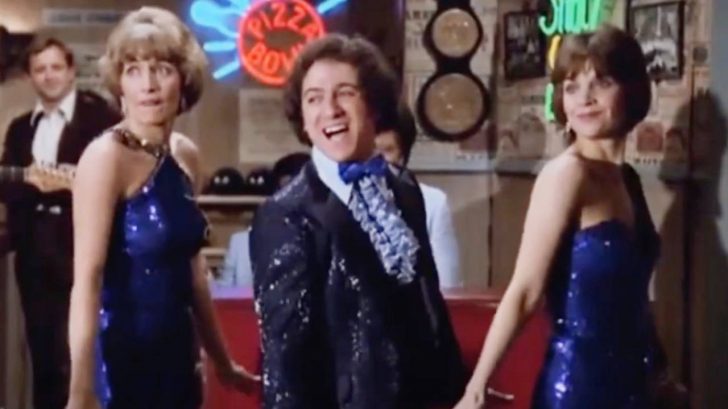 The actor who brought a character known as “The Big Ragu” to life has sung his last song.

Eddie Mekka began his career on Broadway with his Tony Award-nominated role in 1975’s The Lieutenant. After his time on the show ended, he moved to Los Angeles and booked a role on the Happy Days spin-off Laverne & Shirley, starring Penny Marshall and Cindy Williams as the titular characters, along with Michael McKean, David Lander and Phil Foster.

The cast of Laverne and Shirley . What a great show that was ! pic.twitter.com/nAQWHcCJwY

Mekka played Carmine “The Big Ragu” Ragusa, who is Shirley’s high-school sweetheart who romances her on and off throughout the series. He is a part-time boxer, former Golden Gloves champion, dance studio owner, and aspiring singer. He often broke out into song and has dreams of being on broadway. In the series finale, he finally booked a role in the Broadway musical Hair.

Mekka was born on June 14, 1952 and he sadly passed away on November 27, 2021 at the age of 69. Close friend Pat Benti shared the news of Mekka’s passing on his Facebook page, writing, “It is with deep regret that we share with you the passing of our beloved Eddie Mekka.”

Benti continued, asking for the family’s privacy from media inquiries so they can grieve. He encouraged fans to share their fondest memories of the actor. See his full tribute below.

He had a small role in the Penny Marshall-directed 1992 film, A League of Their Own as the dance partner of Mae (Madonna) in the bar scene.

Our thoughts and prayers are with his wife Yvonne Marie Grace and their daughter Mia during this time.