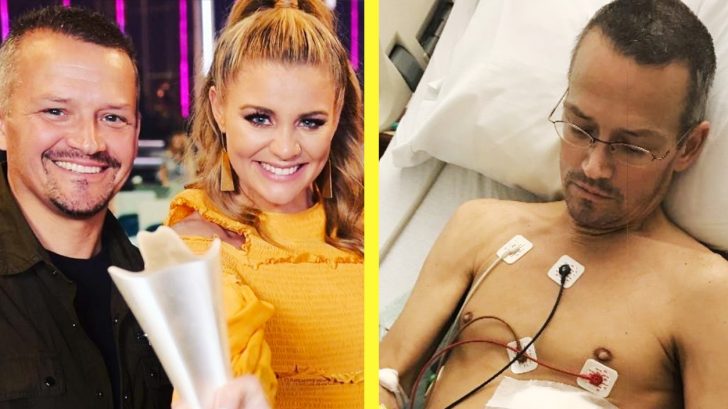 Taking to social media, young country star Lauren Alaina revealed to the world the fight her stepdad has been involved in for months – and it’s one that is breaking her heart.

I have been seeing a lot of you posting and asking about what is going on with my step-dad and how you can help. I am not one to ask for anything, but you guys have consistently been reaching out. His story and what our family has been dealing with is written on his go fund me page. The link is in my bio. He is fighting harder than I thought was possible. He is the strongest person I know. Cancer doesn’t discriminate. It doesn’t care if you’re two or 80 years old. It doesn’t care if you’re a perfectly healthy 47 year old step-father, husband, and grandfather who eats healthily and runs 6 miles a day. It can happen to anyone. To the families and people who have been affected by this horrible disease or any disease, my family has felt the pain you’ve felt for the last four months. We are praying for you. We love you, and we are so thankful for all of the love coming our way. Ps: I chose this picture because of how happy that trophy made him. We found out I won New Female Vocalist of the Year at the @acmawards the same week we found out he has cancer. We made sure he and my mom were there for the award show. That trophy is my very favorite thing I’ve ever gotten. It brought so much happiness in a week of sadness. That’s how God works.

In March of this year, Lauren’s stepdad, Sam Ramker, was diagnosed with Stage 4 melanoma and has been undergoing treatment for months. They discovered the melanoma on his liver and ordered more testing to find out the true extent of the cancer. He then had an MRI, biopsy, and several additional MRIs to ensure it hadn’t spread to his brain.

So far, the cancer has been confirmed as melanoma and they’ve discovered it in many places of his body including liver, lungs, pelvis, sciatica, lumbar spine, and thoracic spine. It has also caused fractures in his pelvis and spine.

In a recent update to his GoFundMe page, after heading to both California and Mexico for various treatments, his wife, and Lauren Alaina’s mother, Kristy Ramker explained that he had been hospitalized in the intensive care unit after an infection took over his lungs.

“Update on Sam!” she wrote on the page. “He is currently in ICU due to an infection in his lungs. Today they are going to be draining the fluid. Please keep us in your prayers.”

Adding that treatment is continuing to go well, she calls the infection a “speed bump” so hopefully it is nothing serious.

“Treatment will continue this week as planned. Thanks everyone for all the prayers and donations. Our family is so grateful.”

Our hearts and prayers are with Sam Ramker, his wife Kristy, Lauren Alaina, and all of his loved ones during their time of need.

Please send prayers and if you’d like to donate to his GoFundMe, you can visit his page here.