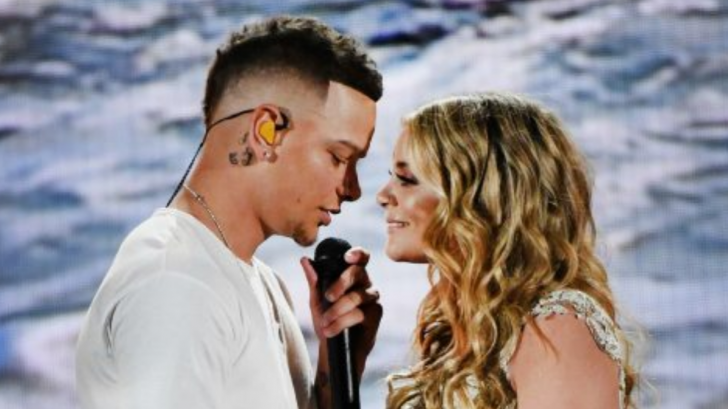 Hometown friends Lauren Alaina and Kane Brown took the 2018 ACM Awards by storm with their steamy performance of their smash hit, ”What Ifs.”

While Alaina and Brown are both in serious relationships with other people – Alaina in a relationship with longtime boyfriend Alex Hopkins and Brown engaged to fiancee Katelyn Jae – the country singers committed to the theme of the romantic duet, the friends appearing nearly kiss on live television.

So how did Alaina’s boyfriend feel about their flirty performance?

“Thank God it was Kane,” she shared in an interview with The Boot. “If it had been some other dude or some random guy, I might have put a halt to this. I mean, what if someone had actually kissed me live of television? It would have been a smack in the face.”

Alaina went on to explain that she warned Hopkins prior to the award ceremony.

“I had to go to Alex and be like, ‘So, just to let you know, we aren’t going to kiss but it’s going to look like we are …’ But he’s great,” she says. “Alex is so great, and Katelyn is great, too. We both have really good people supporting us.”

Earlier this year, Brown’s platinum-selling single “What Ifs” featuring Lauren Alaina dethroned Sam Hunt‘s record shattering “Body Like a Backroad” from No.1 on country radio, Hunt’s song previously enjoying a history-making 34 weeks at the top of the chart.

You can watch the steamy performance below!