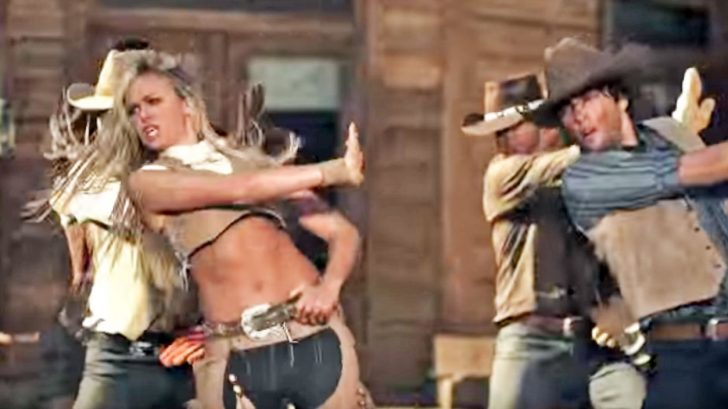 Wouldn’t want to be the one caught cheating on this country starlet! Laura Bell Bundy will have you kicking the dust up with her smoking hot line dance to her 2010 hit country song, “Giddy On Up.”

Set in the style of an old western film, the music video kicks off with a distraught Bundy confronting her boyfriend in a bar hall after catching him cheating on her. An outright brawl starts after the scorned lover drags her cheating ex outside and challenges him to a duel. After shooting the man’s clothes straight off his body with a pistol, Bundy teams up with her friends for a revenge-fueled line dance.

Bundy is best known for her work on Broadway starring in major roles such as Amber Von Tussle in Hairspray and Elle Woods in the musical version of Legally Blonde. “Giddy On Up” was her debut single on country radio, peaking at No.31 on Billboard’s Hot Country Songs. The song was released off her album Achin’ and Shakin, also featuring her follow up single “Drop On By.”

You can watch her sexy revenge-laden line dance in the video below!