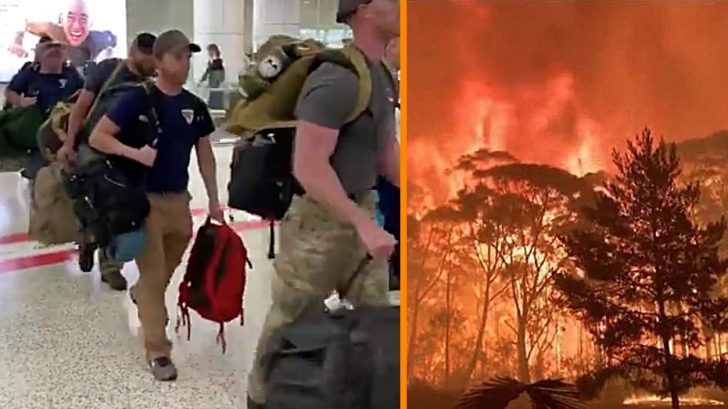 On January 9th a large group of American firefighters arriving at Sydney, Australia’s international airport to help defend against the wildfires were met with a loud and lengthy round of applause from onlookers waiting to board their flights.

The wildfires in Australia are dire. Animals are being incinerated along with their habitats and last refuges. The fires…

Shane Fitzsimmons, Commissioner of the New South Wales Rural Fire Service caught footage of it when it happened and posted the video to his Twitter account that day. They may have just arrived but these men are already looked at has heros for even offering to travel overseas to battle the wildfires.

Australia definitely needs as many firefighters as they can get to battle again all the destruction the country has been experiencing these past few months. Fox News reported that 100 firefighters arrived from the United States that day and will join 159 other firefighters who are already stationed in Australia.

The NSW Rural Fire Service said that they are expecting strong winds the next few days which may cause erratic behaviors in spreading the fires. The places that could be most affected are Sydney, Nowra, Batemans Bay, and Eden.

Watch Firefighters Arrive At Airport Below