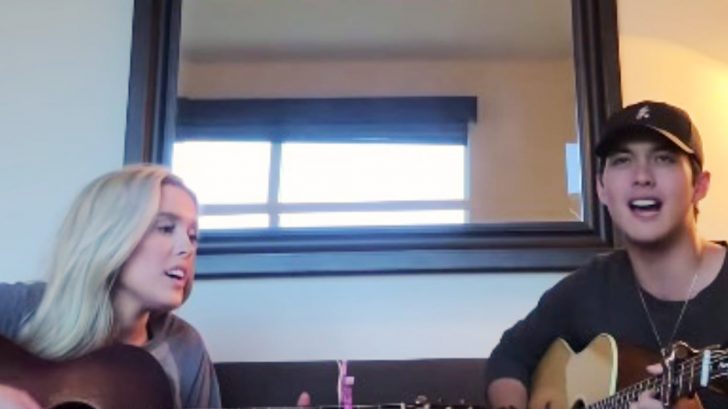 It didn’t take long for American Idol viewers to find favorite contestants on the second season of the show’s reboot. One of the immediate standouts was a young Texas college student named Laci Kaye Booth, who amazed the judges with her performance of Merle Haggard‘s “Mama Tried.”

Booth’s naturally raspy voice was unlike anything the judges heard before, prompting Katy Perry to call her a “diamond in the rough.”

Another singer who became a quick fan-favorite was someone viewers met the prior season. Hailing from Louisiana, 18-year-old Laine Hardy first auditioned for Idol in 2018. Although he earned a golden ticket, he was eliminated early on in the competition due to a lack of confidence.

Hardy returned to Idol for the second season of the reboot, though only to play guitar at his friend’s audition. But the judges got him to sing too, and ended up offering him a golden ticket as well. He knew he couldn’t turn it down!

The Country Music Representatives On The Show

Both Hardy and Booth secured their spots as Idol favorites by delivering standout performances in the weeks following their auditions. Their star power only grew after the show went live, which is when viewers had the power to start voting them through.

At the conclusion of Disney Night on Easter Sunday, both of the young singers found themselves in Idol‘s top eight.

While Hardy and Booth sing a variety of genres and styles, they have deep roots in country music. As a result, the two have been labeled as the “country” contestants of the season, and they’ve often been grouped together.

Fans got the chance to hear them sing with one another during the group rounds of Hollywood week. They joined a few other Idol hopefuls in a group called The Diamond Dixies to perform a cover of Bruno Mars’ “Grenade.”

After that, fans were anxious to hear the two country “Idols” sing together again. Actually, that’s an understatement, because fans were flat-out begging to hear the two of them duet, and they were asking them to sing one particular song.

The Duet Everyone Was Waiting On

The pair finally delivered after Disney Night, with Laine writing on Instagram that they listened to all of the requests they got to sing the Randy Rogers Band song “In My Arms Instead.”

Me and @lacikayebooth singing a @randyrogersband song together! (In My Arms Instead) There’s been a bunch of requests for this! Enjoy! ? I will upload it on YouTube!

The song was released by the Texas country band in 2008, and it charted at the 58th spot on the Hot Country Songs chart. It was released as the group’s first and only single off of their self-titled album, which reached the third spot on the Country Albums chart.

Since Booth is from Texas herself, it makes sense why fans wanted to hear her sing “In My Arms Instead” with Hardy. He takes the lead in the duet, while Booth chimes in to add some breathtaking harmonies. Their voices sound so good together!

You can hear the pair’s outstanding duet in full by tuning in to the video below. After this, we have a feeling they’re going to get many more requests for duets in the future!