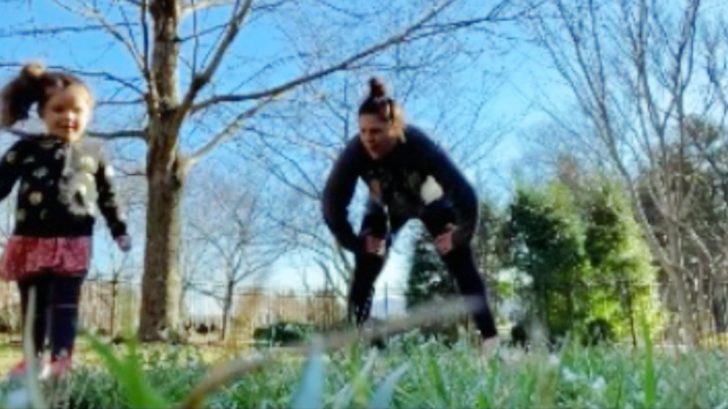 Lady A‘s Hillary Scott is a mother to three beautiful little girls. Eisele Kay is her eldest at age seven. She also has twin daughters, Betsy Mack and Emory JoAnn, who turned three on January 29.

Hillary’s fans love whenever she posts photos or videos of her girls on Instagram. They’re all so adorable!

Recently, Hillary captured a precious moment on film and knew she had to share it with her fans. She filmed a video of her and one of her twin daughters, Betsy, playing outside while singing “This Is Me” from The Greatest Showman soundtrack.

“Just a little duet,” Hillary captioned the clip. “This is my girls favorite soundtrack right now, and my sweet Betsy loves to sing her HEART out.“

The video shows Betsy walking around in circles while wearing a pink floral skirt and matching pink tennis shoes. Hillary would sing a few words from “This Is Me” and Betsy would then finish the line without missing a beat. She sang so enthusiastically!

It looks like mother and daughter had a lovely time singing together. Go ahead and watch the clip below. It’s sure to leave you with a smile on your face.

Who knows, maybe one day Miss Betsy will follow in her mother’s musical footsteps and become a singer as well. If Lady A ever needs a fourth member, they know who to call!