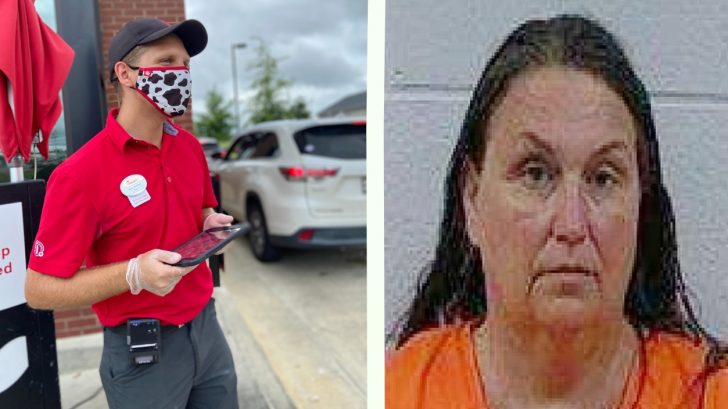 Kimberly George Ragsdale was arrested for walking into a Chick-fil-A in Georgia and pretending to be an FBI agent demanding that the fast-food chain give her free food. Rockmart Police Department shared the story on Facebook saying that officers put Ragsdale in cuffs and brought her down to the jailhouse after the criminal stunt.

Authorities spoke to the employees of Chick-Fli-A and learned that she had tried several times to trick the employees into giving her free food. They told police that Ragsdale even threatened to arrest them for not giving her what she was demanding. After a few too many failed attempts, Chick-Fli-A employees decided to notify the police of what was going on.

“Police caught up with Ragsdale after she attempted over the week on several occasions to get free food from the Chick-fil-A of Rockmart, posing as a federal agent driving a white minivan,” Polk Today added.

The 47-years-old, who is originally from Dallas, is now in custody and will be charged for impersonating a public officer, which is a felony offense. Ragsdale will remain in jail without a bond set yet and Police Chief Randy Turner thanked the professional staff at Chick-fil-A. He also advised the public to call 911 if they see someone claiming to be an officer and they have reason to believe that the person is not one.