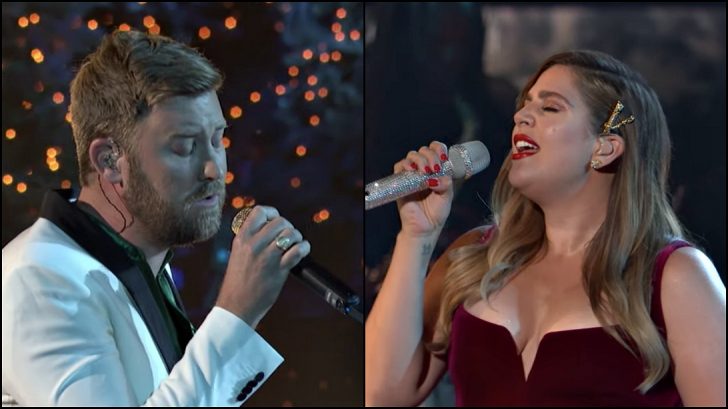 A festive celebration took place in Music City as some of country music’s biggest stars and guests gathered at Nashville’s Curb Event Center at Belmont University. Hosted by Trisha Yearwood, CMA Country Christmas was a two-hour show packed with performances of some of the season’s most beloved songs.

One such performance came from Lady Antebellum who performed the 1942 hit “White Christmas.” The song was written by Irving Berlin in 1940 while staying at a hotel in Hollywood. He reportedly stayed up all night writing and told his secretary, “Grab your pen and take down this song. I just wrote the best song I’ve ever written. Heck, I just wrote the best song that anybody’s ever written!”

Berlin’s prediction came to fruition thanks to Bing Crosby, one of the most talented singers, actors and entertainers of the era. Crosby first performed the song publicly on his radio show on Christmas Day in 1941.

The following year he recorded “White Christmas” with a full orchestra and released it as part of the soundtrack to the movie Holiday Inn. It may be hard to believe, the now Christmas classic took a while to gain traction with its audiences. But, following the bombing at Pearl Harbor, Crosby performed the song live once again….this time to an audience of WWII soldiers who found that the lyrics reminded them of home.

Bing Crosby’s recording of “White Christmas” now holds the distinct honor of being the world’s best-selling single, with more than 50 million copies sold.

When Lady Antebellum took the stage to sing the song for CMA Country Christmas, they brought with it the sentimental feel of the original while tactfully making it their own. See Lady Antebellum’s performance of “White Christmas” below.