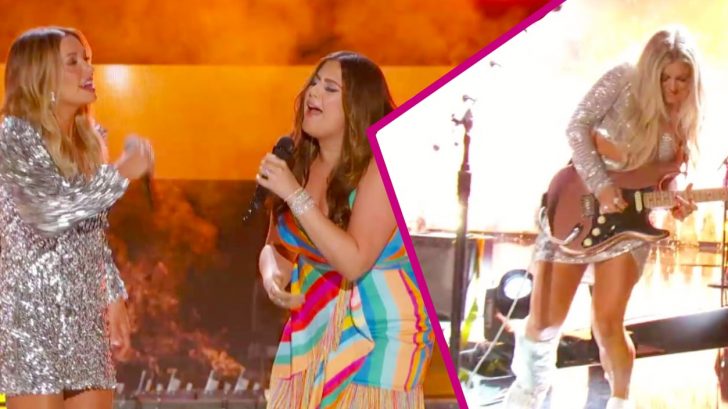 The CMT Music Awards are known for its show-stopping collaborations. The awards typically take place the week of CMA Fest, which means all of country music’s hottest artists are together in Nashville at the same time.

Even though CMA Fest was canceled this year, the CMT Music Awards were still able to occur…with no shortage of collaborations!

In case you didn’t know…Ell broke her foot just a few days before the CMT Music Awards. So you have to give her mad props for getting up on stage to perform!

Gabby Barrett was originally scheduled to perform with Lady A, Pearce, and Ell. But two days before the Awards, she announced on social media she’d be unable to join them.

“I’m really sad to share that because of personal circumstances I won’t be able to perform with @ladya and @carlypearce on Wednesday at the @cmt Music Awards!” Barrett wrote alongside a photo of her performing at the 2020 CMT Music Awards. “I’ll be rooting for you guys and all of the incredibly talented nominees and performers!“

Even though Barrett was surely missed, Lady A, Pearce, and Ell still put on a memorable performance. The group sang Lady A’s current single, “Like a Lady.”

They were tasked with opening the show, and set a fun tone for the night. Once again, we give serious credit to Ell for rocking it out on stage with a broken foot!

This is one performance you absolutely can’t miss. Check it out in the video below.

Collaborations like these are the reason why people tune in to the CMT Music Awards year after year!