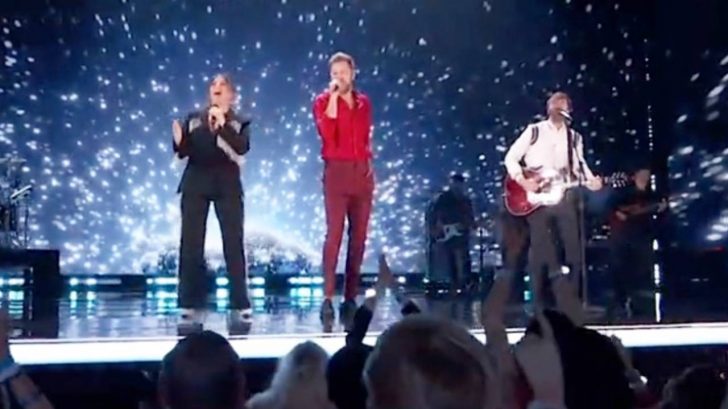 Country music had the ultimate crossover with the 57th Annual ACM Awards! Held on March 7th at Allegiant Stadium, and hosted by Dolly Parton, Jimmie Allen and Gabby Barrett, the show featured two commercial-free hours and was streamed on Amazon Prime Video.

It was announced on March 4th, just three days before the awards show, that Lady A would be joining the long line of performers…and we weren’t mad about it! The announcement revealed they’d be singing “What a Song Can Do.”

“What A Song Can Do” is the title track on their latest album, which the trio released on October 22, 2021.

Watch a clip of them perform “What A Song Can Do” below.

.@ladya reminds us tonight just "What A Song Can Do" for Country Music ❤️ Tune in to the #ACMawards on @PrimeVideo to catch the performance! pic.twitter.com/B7ZWY17huv