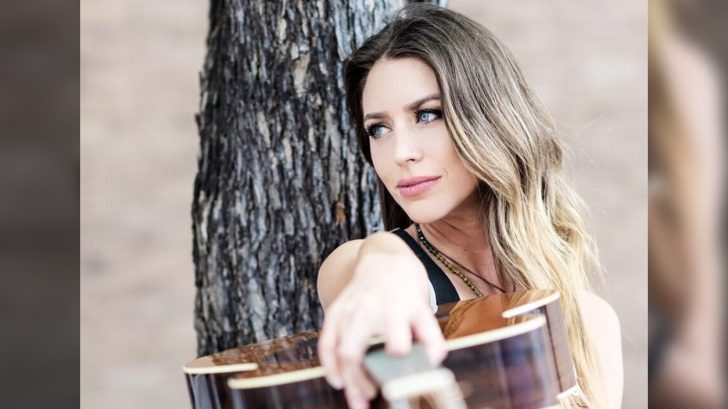 Texas country singer Kylie Rae Harris was involved in a three-vehicle crash on State Road 522 in New Mexico on Wednesday night (Sep 4). The crash took her life, as well as the life of a 16-year-old driving another vehicle. The third driver was uninjured.

Harris’s publicist confirmed her passing in a statement to Billboard, which said, “We are heartbroken to confirm that Kylie Rae Harris passed away in a car accident last night. We have no further details to share, and ask for privacy for her family at this time. Everyone that knew Kylie knew how much she loved her family and, beyond that, how much she loved music. The best tribute to her unmatched enthusiasm for both is to spread as much love as you can today, and listen to music that fully inspires you.”

Harris was in New Mexico because she was set to perform at the Big Barn Dance in Taos on Thursday (Sep 5). She was beloved in the Texas country scene and was a revered songwriter as well.

KOAT reports that officials say Harris was driving a black Chevrolet Equinox when she “struck a Chevrolet Avalanche from behind, causing her vehicle into northbound lanes of traffic, which caused a head on collision with a Jeep,” which 16-year-old Maria Elena Cruz was driving.

A press release issued by Sergeant Jason Rael of the Taos County Sheriff’s Office said alcohol and speeding are factors in the crash.

“At this time I will say with most certainty that Miss Cruz was an innocent victim of this senseless crash caused by Ms. Harris,” Taos County Sheriff Jerry Hogrefe said in a statement to TaosNews.com.

According to public records, Harris had a DWI in 2017 with a blood alcohol level exceeding .15, which resulted in an ignition interlock being installed in her car. She had a previous citation for speeding in 2014, when she was clocked going 81 in a 60 MPH zone.

Now, Harris’ mother Betsy Cowan is speaking to PEOPLE Magazine. She told the publication that her daughter had struggle with alcohol “on-and-off over the years,” although she didn’t share any more details “out of respect to both families.”

Before the crash, Harris had driven upwards to 12 hours to get to New Mexico, something she documented on her Instagram story. She was also emotional being in Taos, saying with tears in her eyes, “I spent the last 20 years of my life coming to Taos with my dad, my sisters, my grandparents lived here, my uncle still lives here.Literally everybody that was here has passed away, except for my uncle, including my dad.”

Cowan also told PEOPLE, “If you’ve ever had to take defensive driving, they say sleep deprivation, emotions and alcohol are the top three contributors to most wrecks,” she says. “And so any one of those things could have done it… She had driven 11 or 12 hours that day, and I’m sure that she was exhausted and she was emotionally exhausted. And I think we all know that what that does to you.”

She continued, “If you’ve ever had a little kid and they run around the living room in circles trying to keep themselves awake and they look like they’re on steroids — I think that after driving 12 hours and being excited and wanting to stay awake, that that’s the probable frame of mind that she was in at that point. And that’s probably not safe, but we really won’t know the answer for quite some time.”

Cowan also said that 11 or 12 hour drives were not uncommon for Harris, who toured quite a bit around the state of Texas.

“Texas is a huge state, and she would drive all up and down the state highways to remote towns and out in the middle of nowhere,” she says. “Those musicians are traveling at two o’clock in the morning when everybody out there is dangerous. It’s a very dangerous life to lead. But she was made to do what she did, and I would never want her to have not been that.”

Cowan described her daughter as “genuine, warm, and headstrong.”