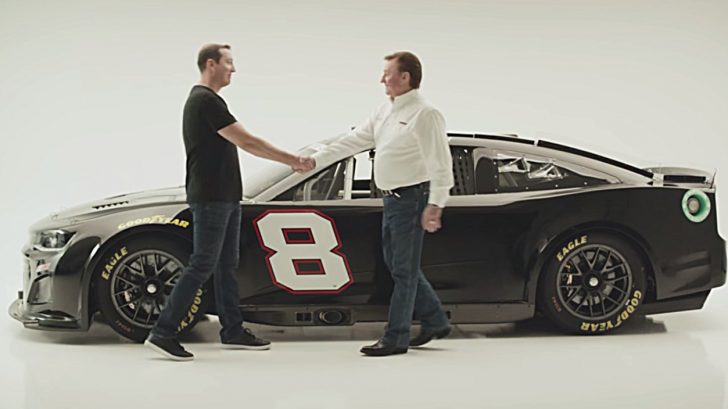 NASCAR reported that Richard Childress Racing has officially announced that Kyle Busch will be driving the No. 8 Chevrolet for the organization starting in the 2023 NASCAR Cup Series.

The news brings an end to the two-time champion’s long-running partnership with Richard Childress Racing.

The news was first announced at the NASCAR Hall of Fame on Tuesday morning meaning Busch’s 15th season with Coach Joe Gibbs’ organization, will be his last.

“RCR has an impressive history in NASCAR and I’m honored that Richard is putting his trust in me to come in and continue to build on that legacy,” Busch said in a press release, according to NASCAR. “Growing up in a family of passionate racers myself, I feel like the culture that the Childress family has built within their organization will be an ideal fit for me. As I begin the next chapter of my career, I’m looking forward to driving for RCR and working with everyone there to add more wins and championships to both of our resumes.”

The organization confirmed Busch will be driving the No. 8 Chevrolet car on a multi-year contract with Randall Burnett serving as his crew chief.

The current driver of the No. 8, Tyler Reddick, still remains under contract with Richard Childress Racing and expects to drive for the team next year.

However, the car he will drive is yet to be announced. Reddick also announced that be will driving for 23XI Racing beginning in 2024.

“The addition of Kyle Busch to the Richard Childress Racing lineup is significant, not only for our organization, but for the sport as a whole,” Childress said in a team release, according to NASCAR. “Kyle is a proven contender at the highest levels of the sport, and I believe that his experience and dedication to motorsports will elevate our race program across the board. I’ve always admired Kyle’s driving style and his ability to win and race for championships ever since he entered the sport. Who wouldn’t want a proven NASCAR Cup Series champion driving their car?”

The big question is now though, Kyle Busch taking car No. 8, who will be filling the high-profile vacancy spot for the No. 18 ride?

More On The Developing Story In The Video Below