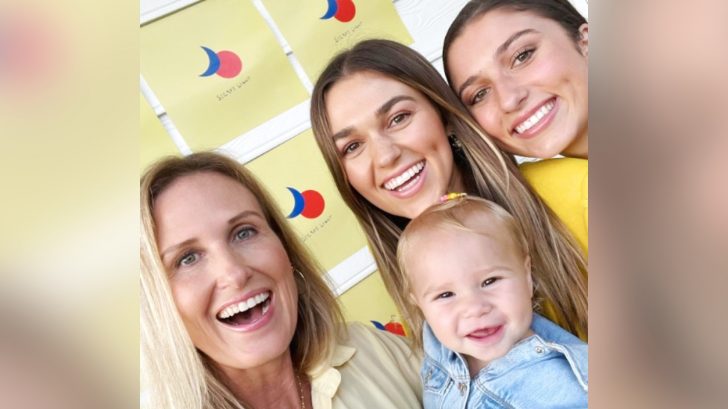 Sadie shared the news of her second pregnancy with a photo that shows her holding up a series of sonogram photos while snuggling up to Christian. Honey sat at her parents’ feet next to the sonogram photos Sadie was holding.

“another little miracle is in motion,” Sadie wrote in the photo’s caption. She shared on her Instagram Story that Baby #2 is due in May.

Sadie’s mom, Korie Robertson, is understandably excited to have another grandchild. She shared her reaction to Sadie’s pregnancy news, saying:

“I have the VERY BEST NEWS to share!! Honey’s going to be a big [email protected] and @christian_huff so excited for y’all, and also very excited for me and @realwilliebosshog another grand baby to love on.”

Korie shared her reaction alongside a different photo of Sadie, Christian, and Honey posing with the sonogram photos.

Korie and Willie have a whole bunch of grandkids by now. Their daughter Rebecca has two kids, Zane and Holland. Their son John Luke has two kids as well, John Shepherd and Ella.

Sadie and Christian’s second child will be Korie and Willie’s sixth grandchild! They love being grandparents, as you can see in the below photo Korie posted of them with all of their grandkids.

Congratulations to Sadie and Christian on their growing family!