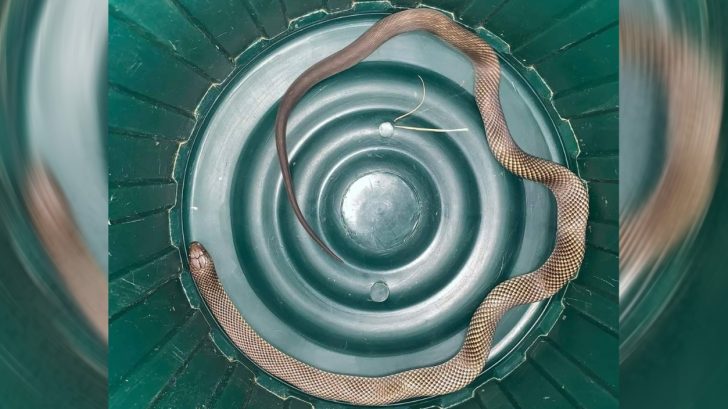 Local snake catcher, Rex Neindorf, got a call from Desert Springs, Australia at around 9:45pm to remove a venomous snake still in a home after biting a 10-year-old child.

When Rex arrived on the scene, emergency paramedics were already there attending to the snake bite victim. He was informed that she was a 10-year-old girl who was getting into bed and the snake was under the sheets at the foot of the bed.

The little girl had no idea the snake had crawled into bed with her and when she stretched her legs she came in contact with the snake. It bit her twice, once on each foot, and the girl took a heavy dose of venom requiring antivenom from the paramedics.

“The family including the girl remained amazingly calm,” WILD reported Rex saying. “Have been catching snakes for over 30 years and have never had a callout like it.”

The girl was transported to Alice Springs Hospital in a St John’s Ambulance where she remains in ICU in stable condition. Rex confirmed that it was a king brown snake, also known as a Pseudechis australis, Pilbara cobra, or mulga snake.

“It is one of the longest venomous snakes in the world and is the second-longest in Australia,” Alice Springs Desert Park told WILD.

WILD Shared A Photo Of The Snake Below