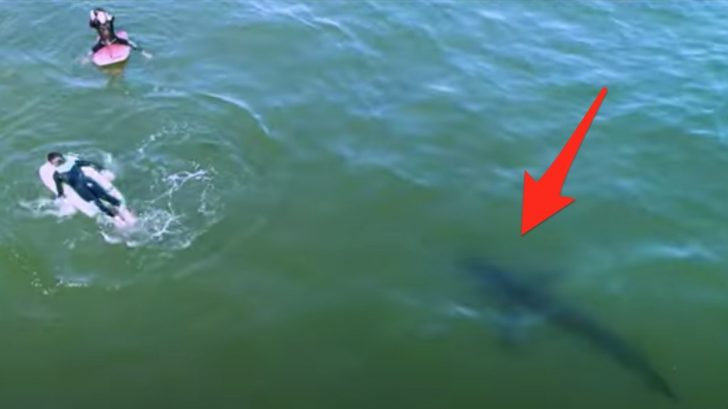 A California beachgoer captured some wild footage with his drone of a great white shark swimming around two kids floating in the water on boogie boards.

The videographer shared the video on his YouTube channel called, The Malibu Artist, on May 26, 2021.

“The footage contained in this video is the closest white shark encounter involving kids I’ve captured thus far,” The Malibu Artist wrote. “With signs placed on the beach, groups of people still venture out for a swim. Like most encounters, the sharks are not phased and they show no real interest in the humans.”

The Malibu Artist said he couldn’t help but feel a bit concerned as he filmed the shark moving in on the kids. The footage showed the kids paddling in deep, murky water completely unaware there was an apex predator lurking beneath them.

The shark, which was two to three times larger than both the boys, swam right up to them and curiously investigated just a few feet away. It was probably using its electricity sensor, for the most part, to detect them since the water was so murky.

The kids continued to splash around oblivious and having fun. One of them even looked up to the drone and pretended to shoot it down with “finger guns” while the shark was right beside him.

Fortunately, the shark was not agitated, hungry for humans, nor showed any aggression whatsoever. However, it did swim very close to them. You can check that out in the video below!