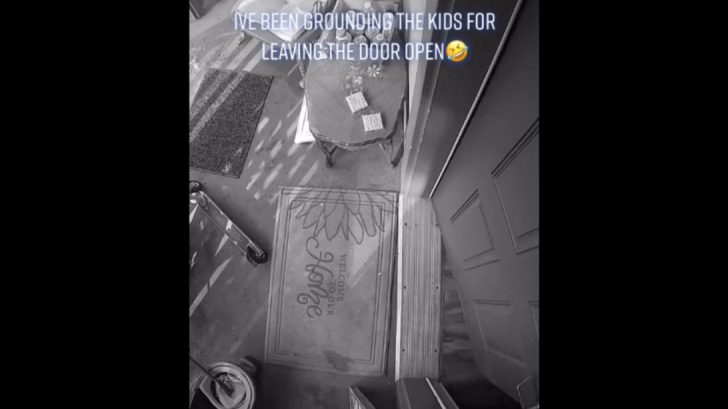 There’s arguably no greater offense during the dead of summer than leaving a door open…especially if you live in the south where temps can be brutal.

So, it’s no surprise that when a concerned, and likely overheated, mom kept finding her front door standing open she accused her kids of being irresponsible and subsequently grounded them. But, the truth was revealed when the family’s security cameras captured the one truly responsible for leaving the door open.

In a hilarious video posted to TikTok, Mandie Starets confessed that she had wrongly accused her kids, calling it a #momfail. The video shows the family’s cat, Alfy, approach the front door, reach up to the handle and let himself in.

While Mandie felt bad for punishing her kids unnecessarily, it’s likely she found comfort in some of the comments made on the post by other parents who shared similar stories and got a good laugh out of the situation.

“Kids are getting a lot of ice cream this summer to make up for it,” one user replied.

“My cat does this all the time,” another shared.

“We had to switch door knobs on our shop because the cat kept opening the door. I’m glad we aren’t alone!” one user wrote.

“Sometimes cats are way too smart,” said another.

Check out the video below.