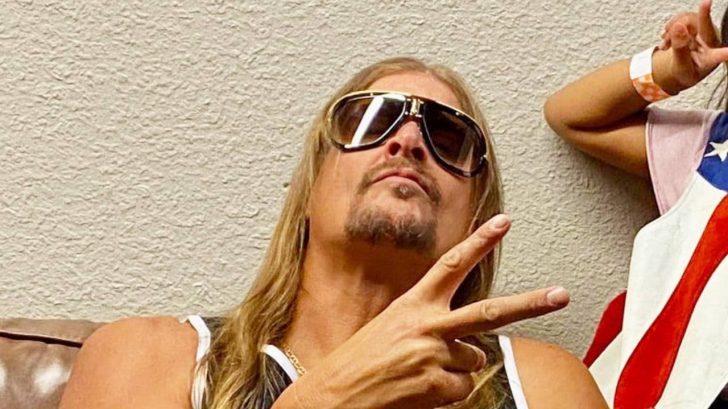 In January 2021, Kid Rock turned 50 years old. Some people may not know this, but when he was 43, he became a grandpa. Yep, you read that right…he is a grandfather! His granddaughter, whose name is Skye, was born when Kid Rock’s son Robert James Ritchie Jr., was in his early twenties.

Dude, Kid Rock has a granddaughter. I’m old. It keeps hitting like a train.

Robert Jr., who goes by Bobby, lives in Tennessee with Skye. In 2017, Kid Rock spoke to Billboard and told them how he likes to stay at his Tennessee home because of Skye and his son, rather than reside in his hometown of Detroit.“[I’m spending] a lot more time now that my son is here and my granddaughter,” he said.

Kid Rock even brought Skye to a Christmas parade he was in and they wore adorable matching outfits.

When asked by Rolling Stone in 2016 what he thought about becoming a grandfather at such a young age, Kid Rock said that he considers himself lucky.

“My friends say, ‘How lucky are you, to be able to see your granddaughter do so much stuff? You’ll be at her wedding.’ So many things you might not see if you have kids later in life, which seems to be the trend now for most responsible adults.’”

To celebrate going back on tour, Kid Rock shared a photo of him and Skye from one of his shows in Texas. They are too cute for words!