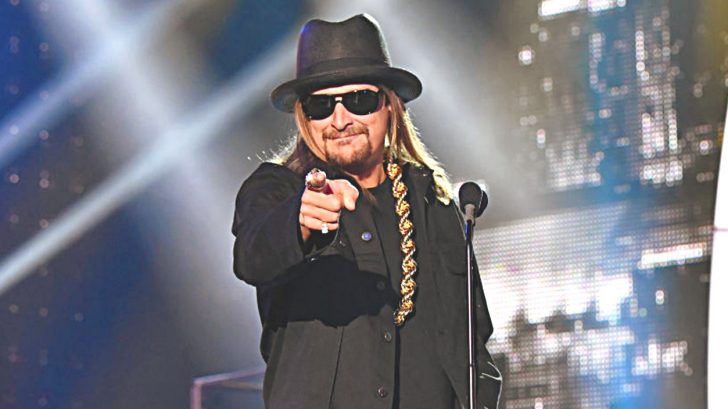 While Kid Rock certainly didn’t start out his career as a country artist, he’s found himself at home in the genre. It all started when he released his 2002 single “Picture,” which featured Sheryl Crow.

That one song helped Rock further establish himself as a country music star.

Since the success of “Picture” and “All Summer Long,” Rock has found himself an adopted member of the country music family. He’s continued to dabble in the genre over the years, releasing other country-tinged songs such as “Tennessee Mountain Top” and “Po Dunk.”

Now, Rock is ready to make his name a permanent fixture in Nashville, but not in the way that you probably thought.

As he announced in an interview with The Tennessean on Thursday (June 7), Rock is planning to open a brand-new honky-tonk in Nashville. But he won’t be taking part in the venture alone. He’ll be partnering with the owners of Tootsie’s, one of the most popular venues in Nashville right now:

“The history they’ve had here and they’ve been doing this before the big conglomerates started coming in and pouring in their money,” Rock said of the Tootsie’s owners. “They are invested in not only living here, but invested in Broadway and businesses around it.”

Rock is no stranger to Tootsie’s, as he’s performed there several times over the years.

Rock’s new $20 million venue will feature four floors, with a bar and stage on each one. There will also be a steakhouse, which will serve steaks, sliders, salads, and more.

As for the theming, The Tennessean describes Rock as saying he wants the place “to showcase Nashville’s thriving rock music scene with a classic honky-tonk feel and quality food.” Here’s how Rock explained his vision for the place:

“When [Tootsie’s owner] Steve Smith was talking about this, I was like, ‘Hmm, everybody’s doing it.’ And I don’t really want to do it unless I can bring something to the table besides money. If we can really do something creative and make it a little bit different than the other spots.”

Rock already knows what it’s like to have a business with his name on it. His Kid Rock’s Made in Detroit restaurant opened in its namesake city in 2017, and business has been going great.

Because of that, Rock feels confident that his still-nameless Nashville venue will be just as good. “Having something successful in Detroit was a big relief for me because obviously if I can’t do it in Detroit, I’m not going to be able to do it anywhere else,” he said.

Construction on the venue has already been completed. Rock and the Tootsie’s folks are hopeful that the new venue will be open within the next month.

If you get the chance to visit Nashville this summer, you may be one of the first to check out Rock’s new venue! Maybe he’ll even stop by to sing a few tunes, such as “Tennessee Mountain Top.” We’ll have to wait and see!