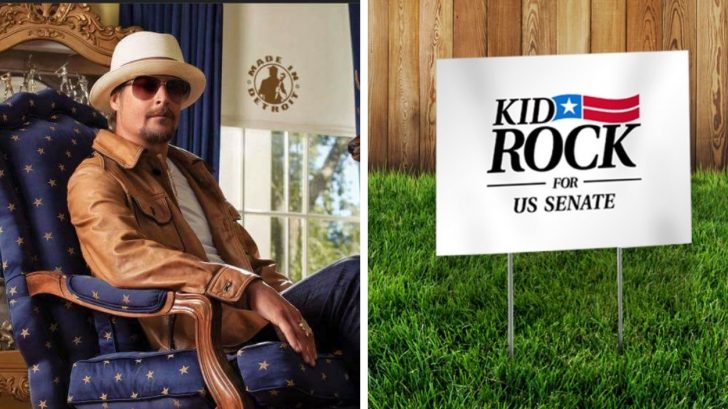 That was a headline that rippled throughout the localized media and both national outlets for some time when a seemingly innocuous photo cropped up on social media claiming that Kid Rock was running for Senate in Michigan.

I have had a ton of emails and texts asking me if this website is real… kidrockforsenate.com The answer is an absolute YES. Stay tuned, I will have a major announcement in the near future – Kid Rock

He even began selling “Kid Rock For Senate 2018” merchandise on his new website “kidrockforsenate.com.”

Kid Rock later revealed that he wasn’t actually going to be putting a bid in for a Senate seat, but leave it up to Jimmy Kimmel and his late-night television pranksters to stoke the flames of this rumor amid the recent Mid-Term elections.

Taking to the streets of Los Angeles for his regular segment “Lie Witness News,” Kimmel and his team convinced bystanders that Kid Rock had won the Senate seat – but they didn’t stop there!

After they accepted the news (or even claimed to have heard it before), these folks were put through the whole ringer with a whole other series of claims from the show. They heard all about his new plans for lowering the age to buy lottery tickets to just ten years old and many other outlandish and totally false claims.

Check out the full video below to see how many people actually believed this hysterical nonsense!