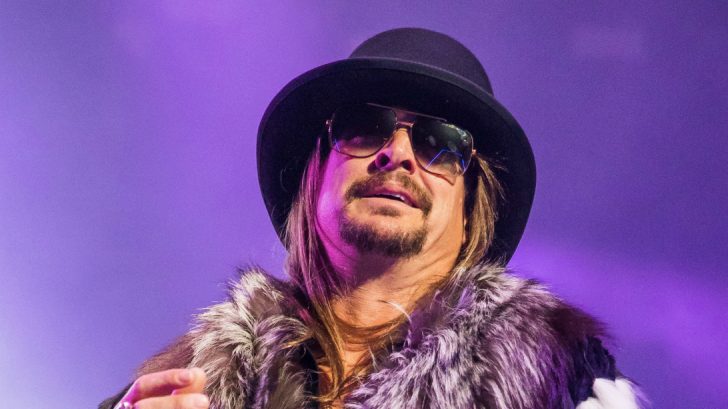 ‘Tis the season for giving and that’s just what Robert “Kid Rock” Ritchie did! 350 Nashville-area families got the surprise of a lifetime when the musician paid off more than $81,000 in layaways at his local Walmart.

Kid Rock was inspired by actor and producer Tyler Perry who recently spent more than $430,000 worth of layaways at two Atlanta-area Walmarts. The actor had hopes of his good deed remaining anonymous, but word quickly spread of his generosity. Perry took to Twitter to confirm the rumors and wish the recipients of his gifts a Merry Christmas.

“I know it’s hard times, a lot of people are struggling,” Perry said. “I’m just really really grateful to be able to be in a position to do this. So, God bless you. Go get your stuff. Merry Christmas!”

I was trying to do this anonymously but oh well!!! pic.twitter.com/T0dhRHyU66

Kid Rock responded to Perry’s tweet with a message of his own letting everyone know that he followed Perry’s lead and extended holiday blessings to some of his fellow Nashville residents.

“Great idea!” he wrote. “I followed your lead and paid off the layaway at my local Walmart in Nashville. Merry Christmas and God bless you.”

@tylerperry Great idea! I followed your lead and paid off the layaway at my local Walmart in Nashville. Merry Christmas and God Bless You!

@KidRock We were gonna have to give up our kids christmas this year because we needed to pay rent but now, because of you, our babies will have a good christmas!! So thank you so much!!

Numerous other layaways around the country have been paid off by anonymous donors in recent weeks. In Reno, Nevada, a secret Santa paid off more than $46,000 worth of layaways. Another generous individual spent nearly $30,000 to pay off layaways at a Kennett Square, Pennsylvania, Walmart. A mystery donor last week paid off all of the Christmas layaway items at a Walmart in Uniondale, New York. Another donor did the same last month at a Walmart in Derby, Vermont.

“When customers quietly pay off others’ layaway items, we’re reminded how good people can be,” A Walmart’s rep said in an email. “We’re honored to be a small part of these random acts of kindness.”

The surge in secret Santa layaway payoffs coincides with Walmart’s deadline. The store only offers layaway from September until mid-December. This year’s payoff deadline is Monday, December 10.