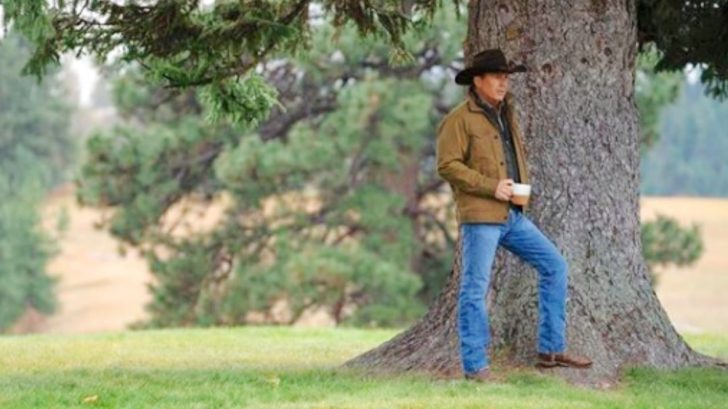 The Season 3 finale of Yellowstone aired on August 23 and was watched by millions. Some beloved characters’ fates were left up in the air by the end of the episode…including the fate of star Kevin Costner’s character, John Dutton.

While we’ll have to wait until Season 4 to know what happened, we do know that Costner is still involved in the new season. So that’s hopefully a good sign that all turned out well for the Dutton family patriarch.

Due to the current world environment, the Yellowstone crew opted to film the fourth season in Montana as opposed to Utah, where the previous seasons have been filmed. The reason why Montana was chosen as the new filming location is because the cast and crew can stay centralized.

Still, it seems that Costner is making the most of the situation and is enjoying the beauty of Montana during the autumn.

“It’s hard to beat Montana in October. Easy to see why everyone wants a piece of #Yellowstone ranch!” Costner captioned an old photo from a previous season of the show.

Look below to check out Costner’s message.

It’s hard to beat Montana in October. Easy to see why everyone wants a piece of #Yellowstone ranch!

Seeing this post got us all hyped up for more Yellowstone!

But we likely won’t get to see a new episode of the series until next summer, since all past seasons of the show have debuted in June. Only time will tell if that will be the case for Season 4 as well.

In the meantime, take a look back on Season 3 by watching the cast break down the season finale in the video below.