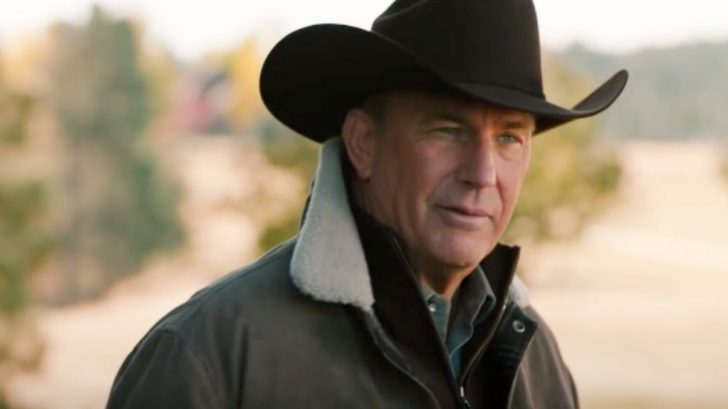 Yellowstone is one of the biggest shows on TV at the moment.

An article from The Hollywood Reporter cites ratings numbers from the show’s third season in 2020. Its season premiere was watched by 4.23 million people. Subsequent episodes of the season were watched by an average of 3.9 million viewers.

The Season 3 finale drew in even more viewers (5.16 million), and became the most-watched cable entertainment program of 2020.

Despite its popularity, Yellowstone had never been nominated for an Emmy award. That is, until now…

Just two weeks after Yellowstone shared its first teaser trailer for its upcoming fourth season, the show had more exciting news to share. It has been nominated for its first Emmy!

“Big news on the awards circuit,” read a post on Yellowstone‘s various social media pages. “#YellowstoneTV was just nominated for its first-ever Emmy! Congratulations to everyone who works on the show, but special shout out to Taylor Sheridan, Cary White, Yvonne Boudreaux, and Carla Curry for this incredible achievement.“

The show’s third season was nominated for Outstanding Production Design For A Narrative Contemporary Program.

Big news on the awards circuit: #YellowstoneTV was just nominated for its first-ever Emmy! Congratulations to everyone who works on the show, but special shout out to Taylor Sheridan, Cary White, Yvonne Boudreaux, and Carla Curry for this incredible achievement. pic.twitter.com/GZz2ROQK9k

The other shows nominated in the category are The Flight Attendant, The Handmaid’s Tale, Mare of Easttown, and The Undoing.

Yellowstone‘s lead star, Kevin Coster, shared the show’s post about its Emmy nomination. He too, is celebrating this milestone moment!

Costner and the rest of the Yellowstone cast and crew will have to wait a little while before they find out if they won the Emmy. The awards ceremony will be held on September 19 and will air on CBS and Paramount Plus at 8 PM ET.

The Emmys aren’t the only thing Yellowstone fans have to look forward to. The show’s fourth season is supposed to debut sometime in the fall, and based on the teaser trailer, it’s going to be epic.